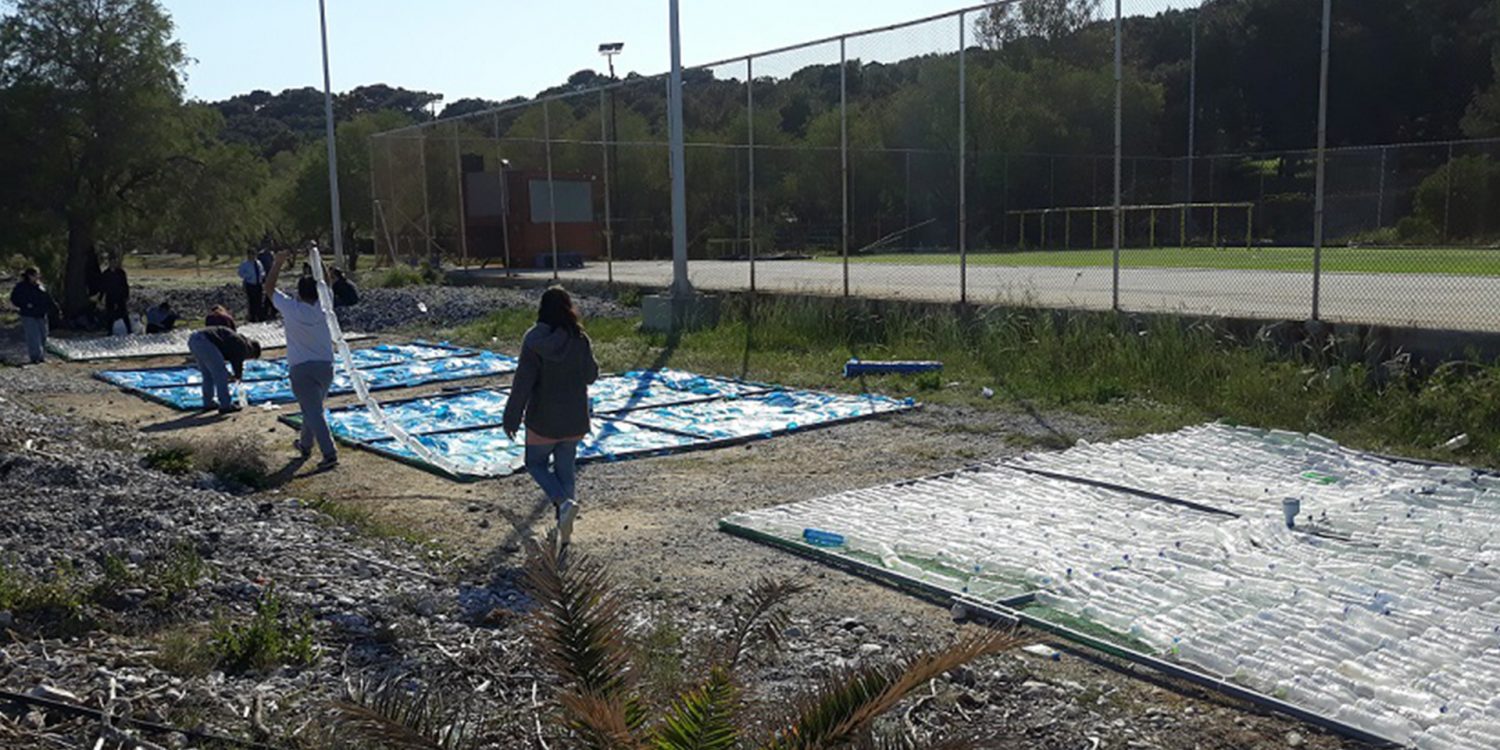 Preperations for the pilot testing

Today we gathered at Tsamakia beach and prepared four artificial targets, all four targets were 5X5 m. (5 m2) in size. The target frames were PVC tubes of 50 cm in diameter (ø), all joined by PVC welding material and fasteners. A mesh was  installed that filled the frame, to act as a holding net for the plastics that were mounted. These controlled targets were filled (secured by fishing line) with two types of plastics.

A GPS module was positioned at the center of  each target (above the sea level) and  was tied up with fasteners to secure it won’t get lost. Furthermore, 8 moorings were prepared for our targets  aboard a boat with the help of a diver and their exact location was pinpointed with GPS. We also practiced on our coordination on how to move the targets in and out of the water efficiently  quickly and safely to avoid any accidents on the actual experiment.

Meanwhile, in the morning 30 students and their teachers from the primary school of Vareia visited the University of the Aegean in Mitilene. The students were given a presentation and were informed by members of the team about the project, as well as the global issue with marine plastics and the numerous problems they present. We talked about how satellite imagery can be used in detecting plastics in the ocean and about how we can all do our part in the effort to reduce single use plastics.

After the talk and presentation, the students were shown the targets during the final stages of construction and helped with making some of the rows of plastic bottles. They were amazed by the amount of plastic bottles that were able to collect in a short time and were all interested in the project and eager to help clean up the ocean!

Next Story: General Rehearsal before experiment 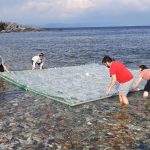