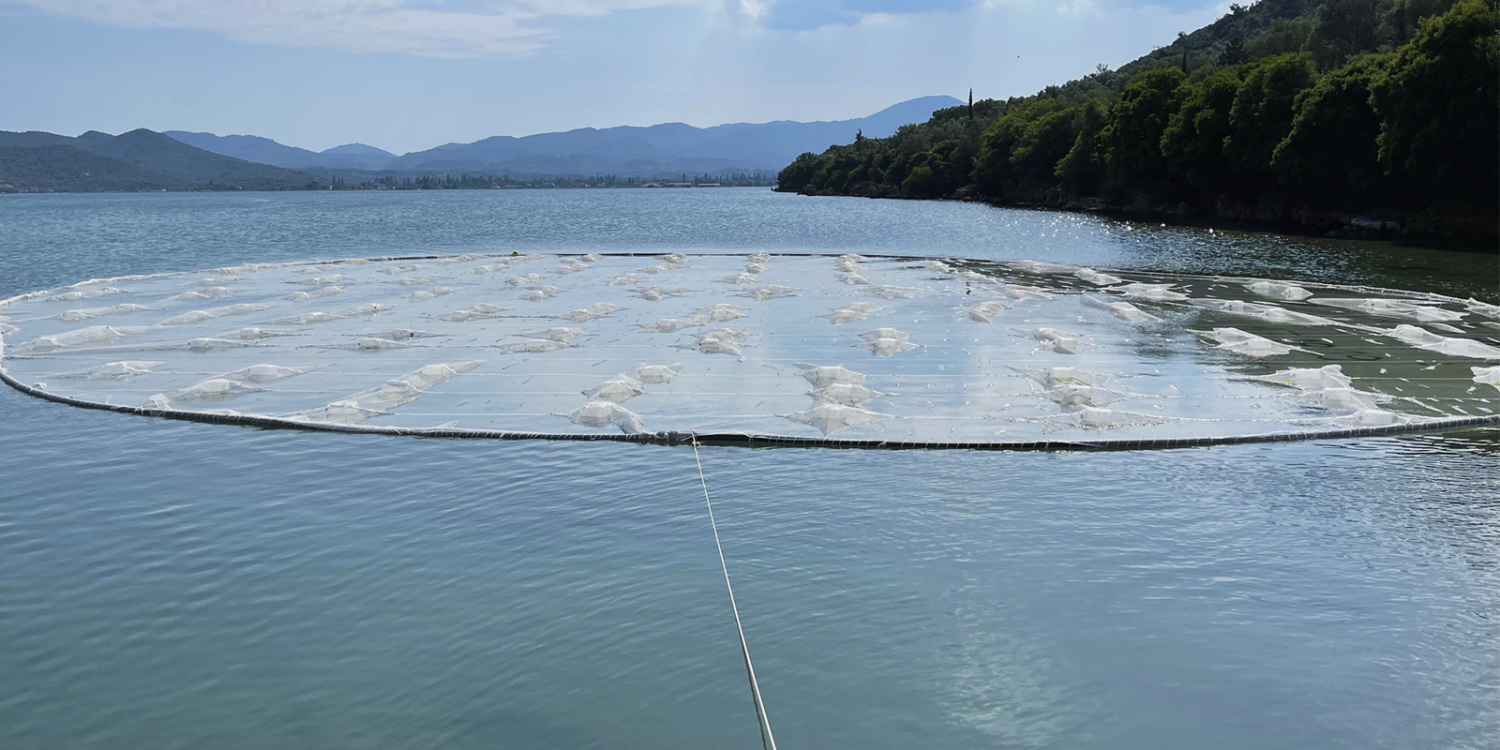 On Tuesday 08/06/2021 we resumed construction of the 28 m diameter circular long-term deployment target. A team of 20 MRSG members and University of the Aegean student volunteers worked on the target. Initially we attached the rest of the 4 L containers to the HDPE mesh sheets. Then the 28 m diameter ring was assembled by connecting 4 pieces of 22 m long HDPE pipe using pressure fittings. The assemblage of the target frame ring was performed in shallow waters due to space restrictions. After the ring had been assembled the white HDPE mesh sheets were attached to the frame using thin nylon rope. The sheets were fastened on the frame itself and also stitched to each other to create a single large surface that would better withstand wave forces. The completed target was then temporarily anchored in place to avoid damage. This marks the end of the construction phase, with deployment of the target scheduled to take place the following day. 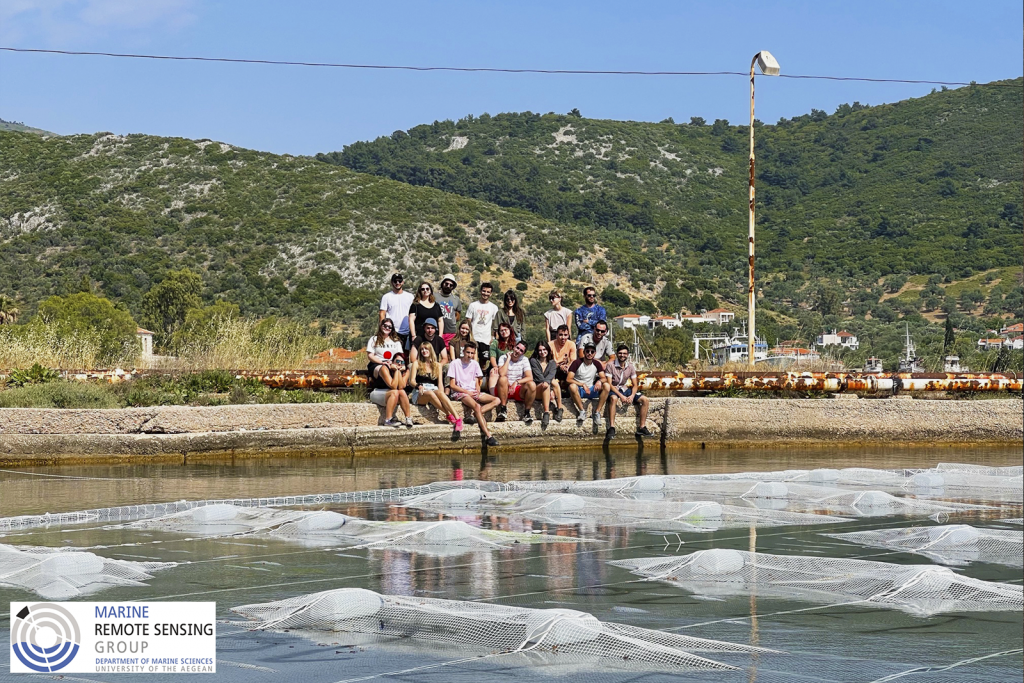 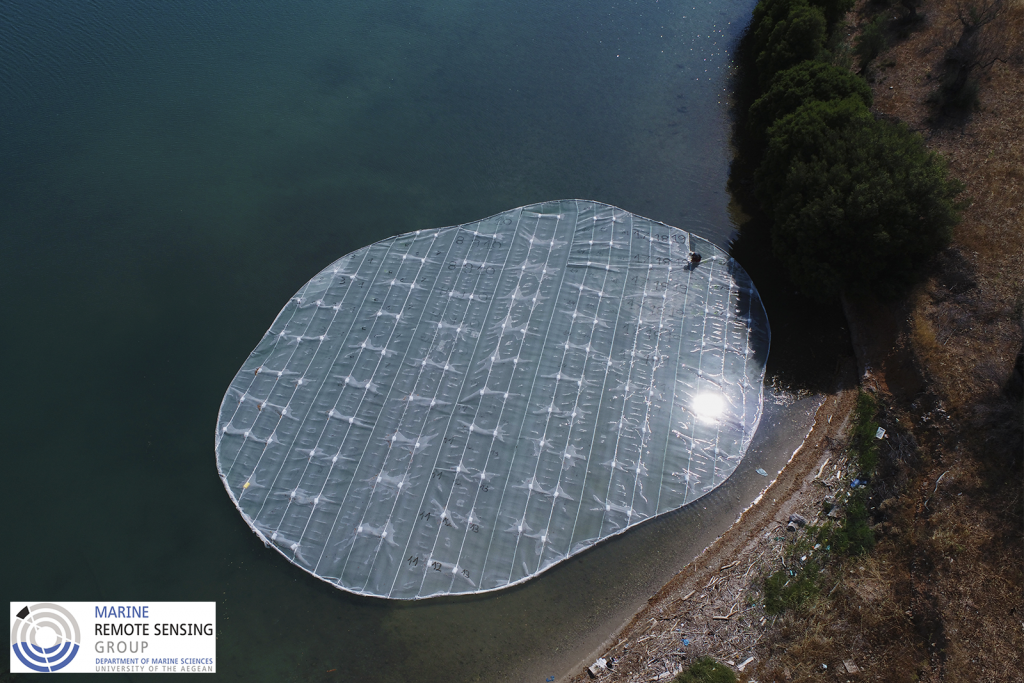 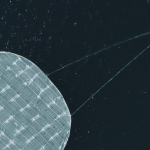 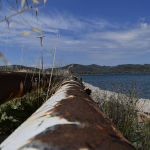