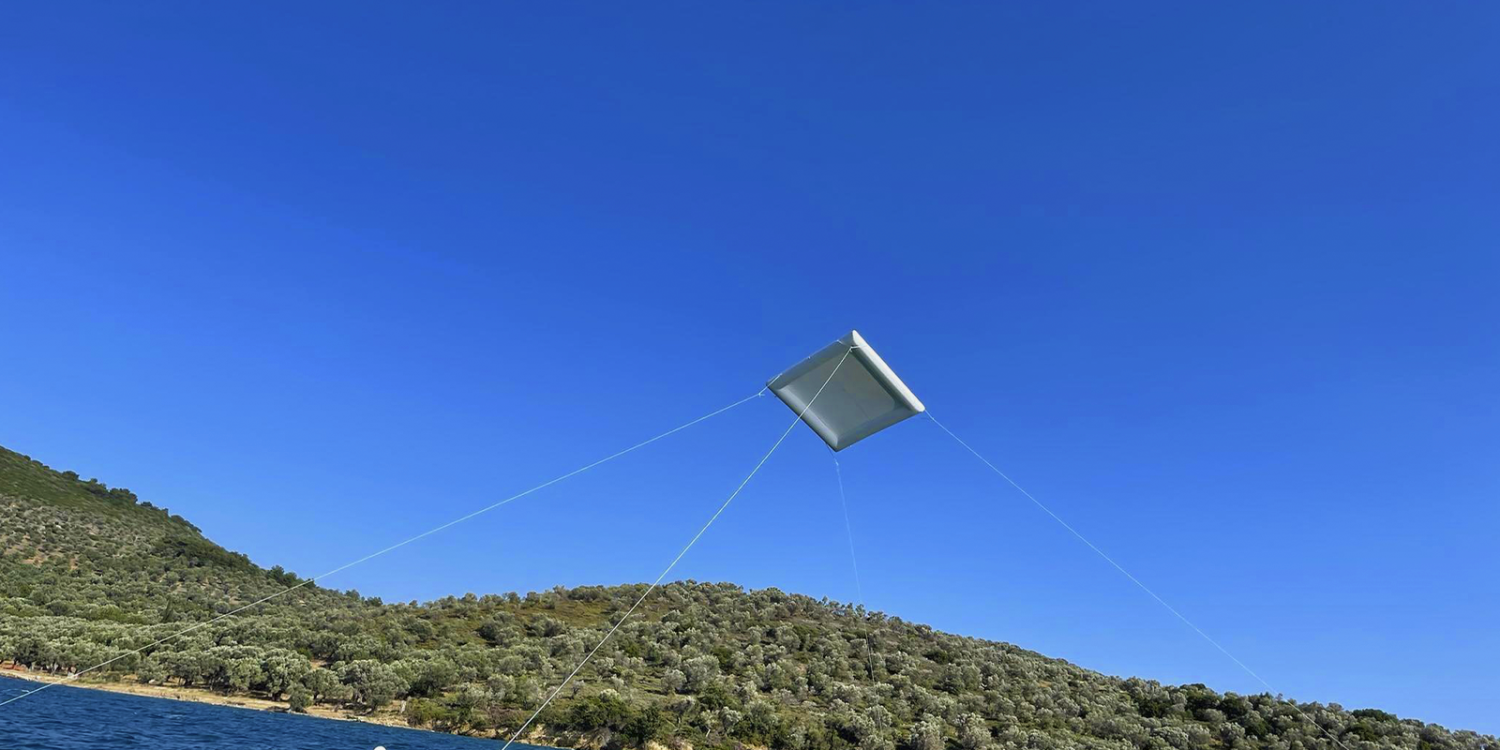 On Saturday 18th of June 2022, conditions were highly windy in the Gulf of Gera. As a result, our inflatable target was catching wind and was lifted off the water surface, becoming airborne and levitating at about 10 m from the water surface. The tethering lines were holding it in place inside the perimeter of the deployment area. The target was brought back down to the surface and a series of weights were added to the four corners of the targets in order to keep the target on the surface and avoid any further complications in case of high winds during the remainder of the data acquisition campaign. 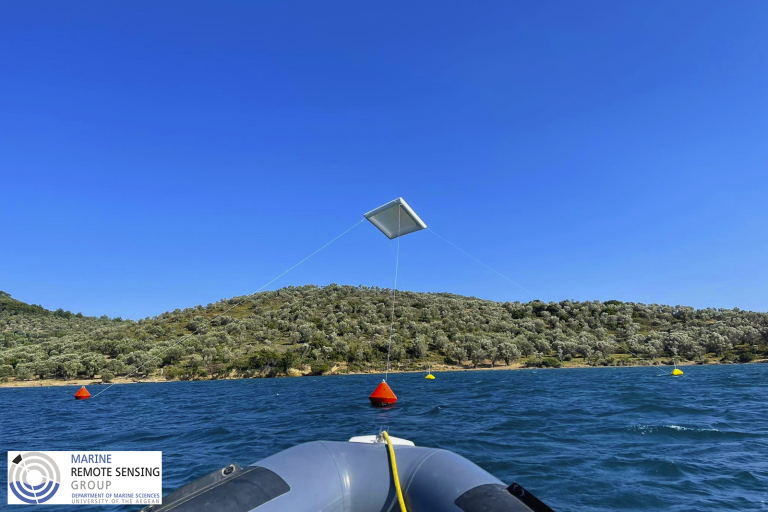 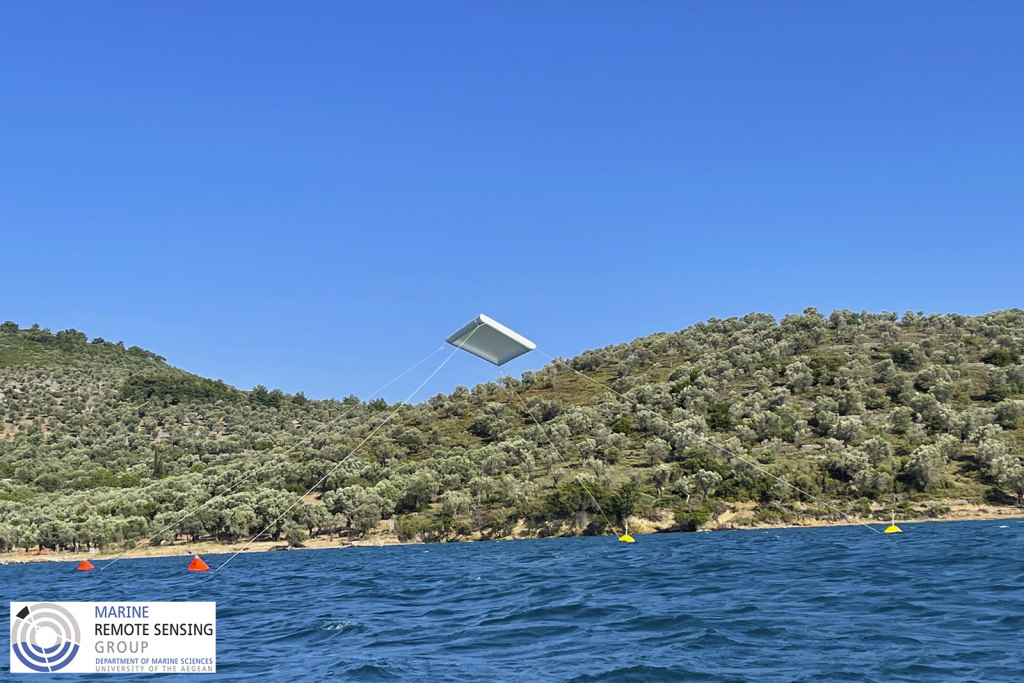 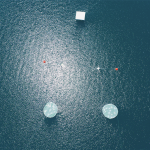 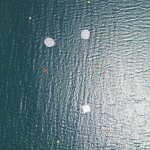