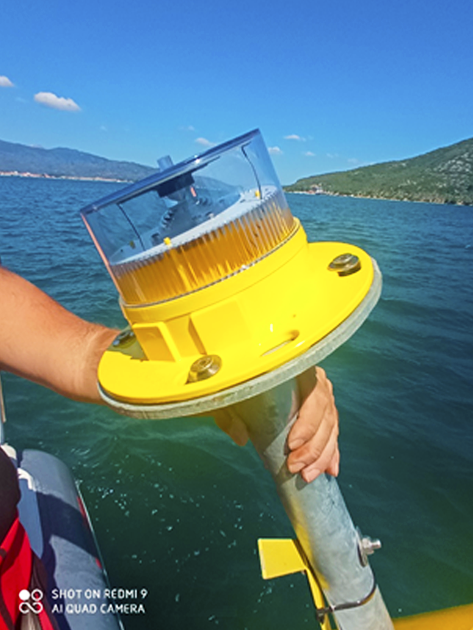 On Thursday 20/05/2021 we deployed the anchoring blocks and buoys for the PLP2021 in the Gulf of Gera in the vicinity of Skala Loutron. Six buoys (four yellow corner buoys and two orange buoys) of approximately 400 L each, were deployed in a 50×100 m rectangular grid formation. Four beacons were attached on each of the corner buoys, in accordance with specifications provided by the Hellenic Navy Lighthouse Service. The anchoring blocks were made of concrete and were about 400 kg each. The blocks were deployed with the help of Selonda Aquacultures personnel, who provided the crane equipped barge that was used to haul and set the anchoring blocks. A professional diver was onboard the vessel overseeing the procedure. The anchoring blocks and buoys were set at the locations marked by the MRSG team on 15/05/2021 using marking buoys and previously specified coordinates. The anchoring operation was performed successfully with no issues. The site is now ready to receive the PLP2021 marine litter targets in the coming weeks. 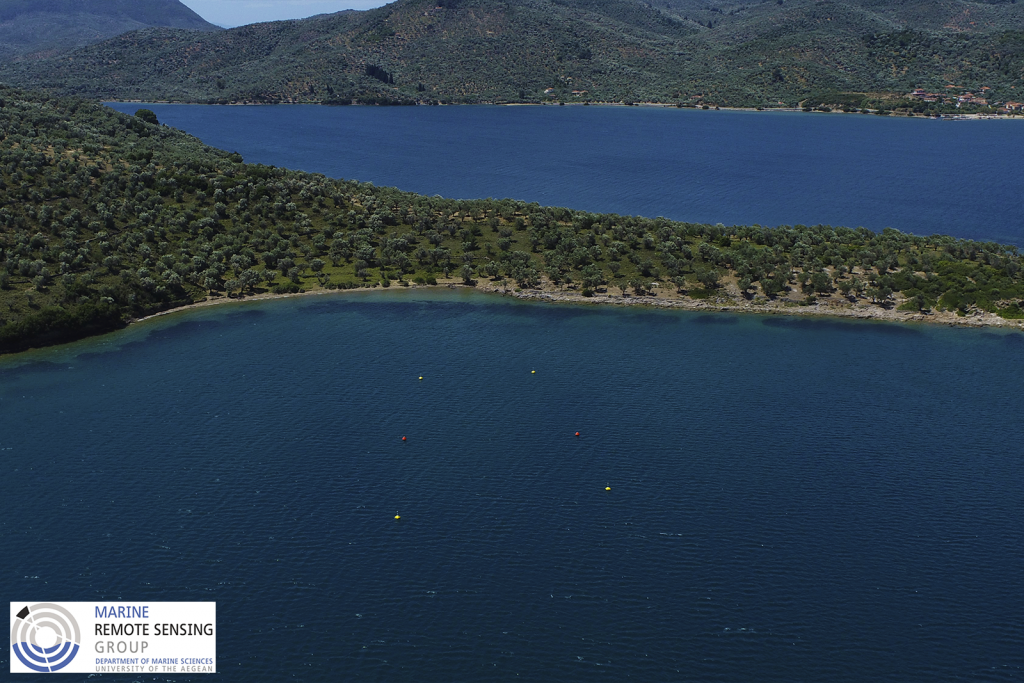 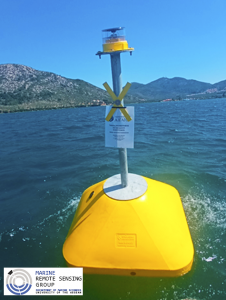 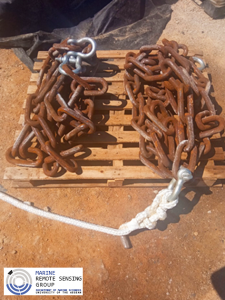 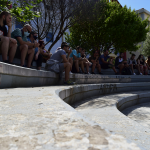 →
Previous Story: Getting in touch with the local residents 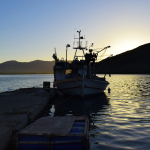