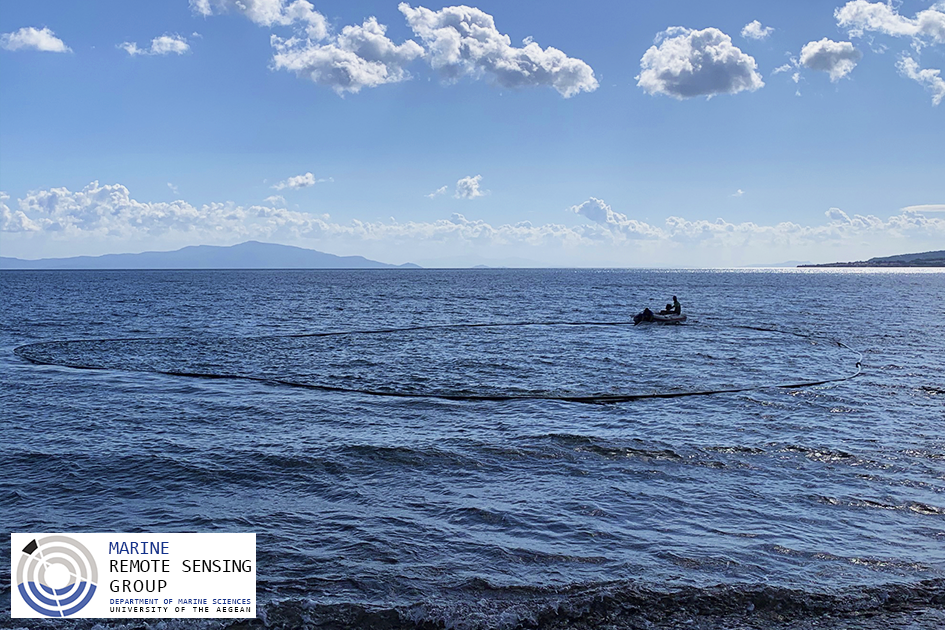 The PLP2019, the second Plastic Litter Project, was conducted in the summer of 2019 (PLP2019). PLP2019 part of the Project: “EO tracking of marine debris in the Mediterranean Sea from public satellites”, an ESA-(EO Science for Society permanently open call for proposals) funded scheme. The project consortium consists of Argans Ltd (EN) and three research institutes (CNR-ISMAR (IT), Universidad de Cádiz (SP), University of the Aegean (GR)).

The PLP2019 was scheduled for a two-month field campaign (May‒June 2019), with 13 scheduled Sentinel-2 acquisition dates. Smaller targets were created in order to be closer to reality and to examine the limitations of the detection with Sentinel-2 images. The smaller targets and the multiple measurements allowed several observations, since the targets were connected in a modular way to create new configurations of different sizes, material composition and plastic coverage.

Two new types of targets were created for the PLP2019; one with 5 × 5 m size and one with 1 × 5 m size. With the first type, we were able to make several configurations on the sea surface and simulate different sizes and shapes, while with the second type we wanted to examine the detection limitations of elongated plastic targets, which simulate the litter windrows found in a real environment. Six targets were created for the first type and two targets for the second type. The targets consisted of PVC pipes with a 5 cm diameter, and in the 5 × 5 m targets, a cross bracing was used to strengthen the structure. On the cross center, we created a GPS housing and we mounted a GPS to get the exact location of the targets. This was the first time a GPS was included in the Plastic Litter Projects and it was found to be very efficient in cross-checking the position of the targets. Also, a plastic mesh with a 1.5 cm mesh size was attached to the frames as a base. The frame and the net were essential to prevent plastic loss in the sea. 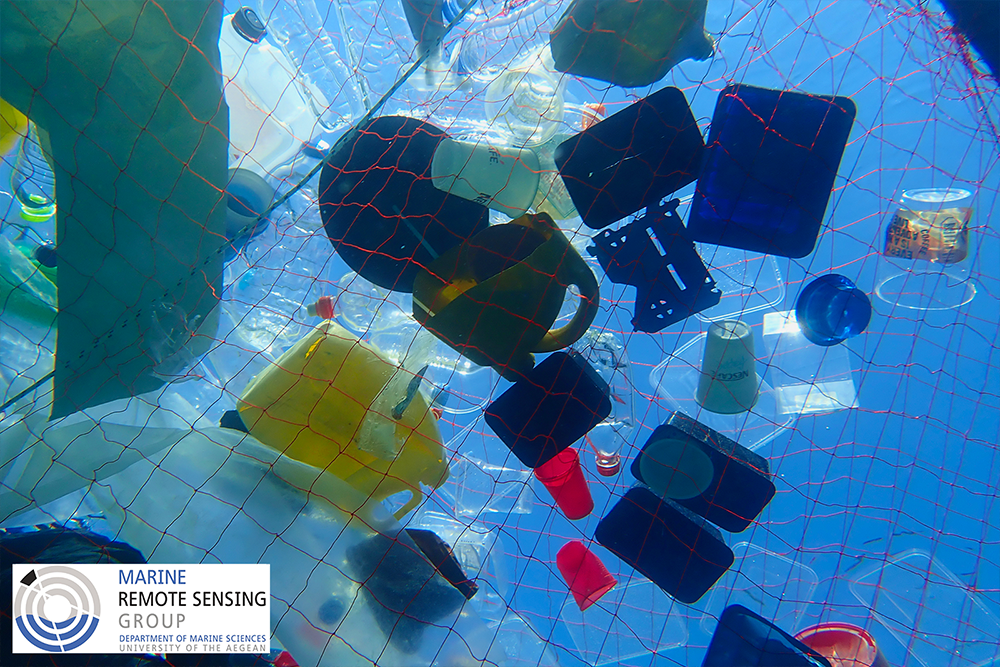 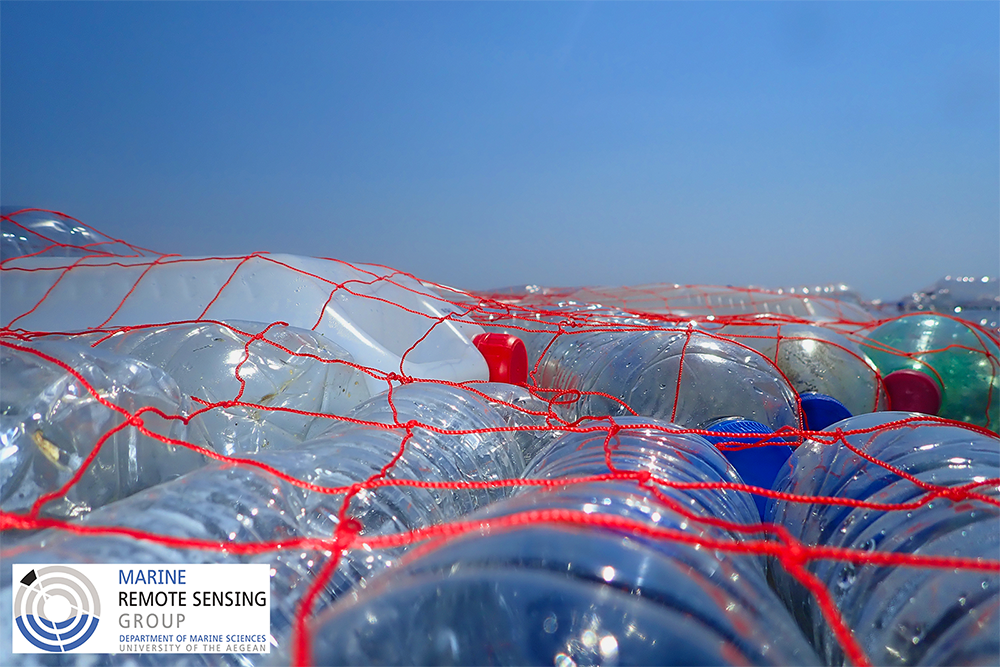 The targets were deployed into the water every five days, synchronized with the Sentinel-2 acquisitions, and were removed after the satellite overpass. The site of the field experiments was the same as for PLP2018, in the coastal waters of the island of Lesvos in Greece, in the vicinity of Tsamakia Beach in Mytilene town. To simulate open water optical conditions, an effort was made to set the targets above seagrass meadows (Posidonia oceanica).

For each Sentinel-2 pixel containing plastic, we calculate the percentage plastic coverage, and we extract the spectral data. The pixel coverage was determined through object-based image analysis. An example of the plastic coverage calculation using UAS data on a Sentinel-2 image for the experiment onfrom 18th April 2019 can be seen in the following figure.

Also, the target description and the PLP209 results are illustrated in the following figure. From left to right: description of the artificial targets configuration, UAS reference images, Sentinel-2 sub scenes after ACOLITE pre-processing, and results of the matched filtering detection. 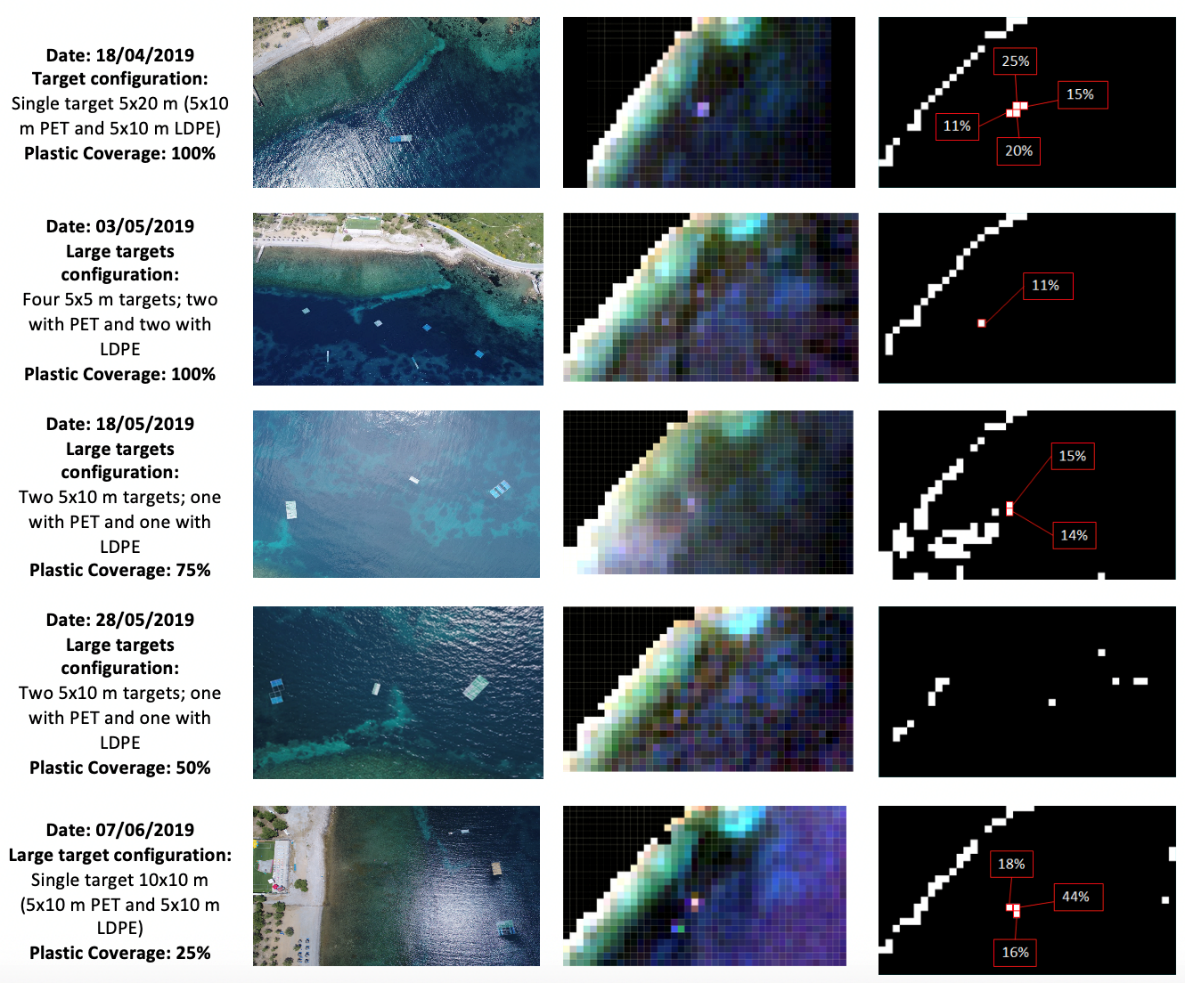 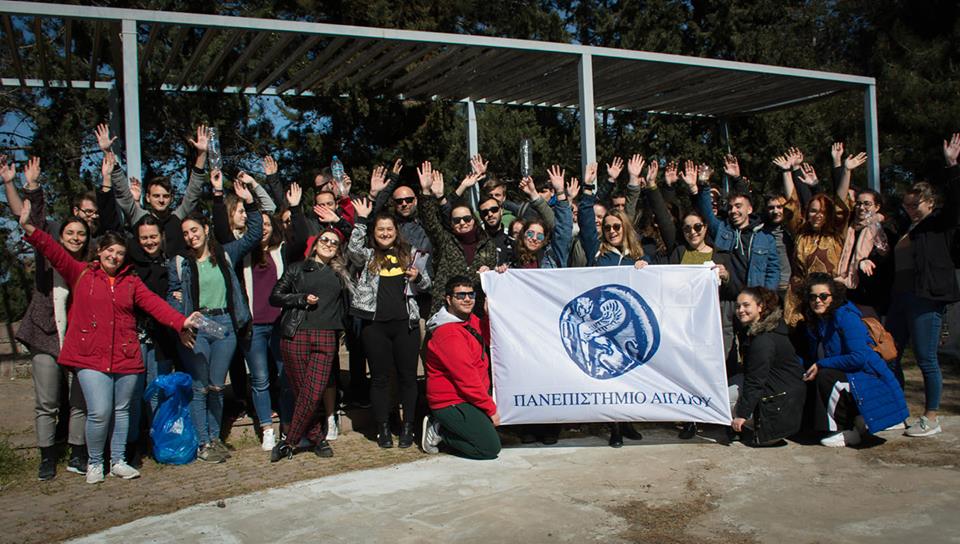