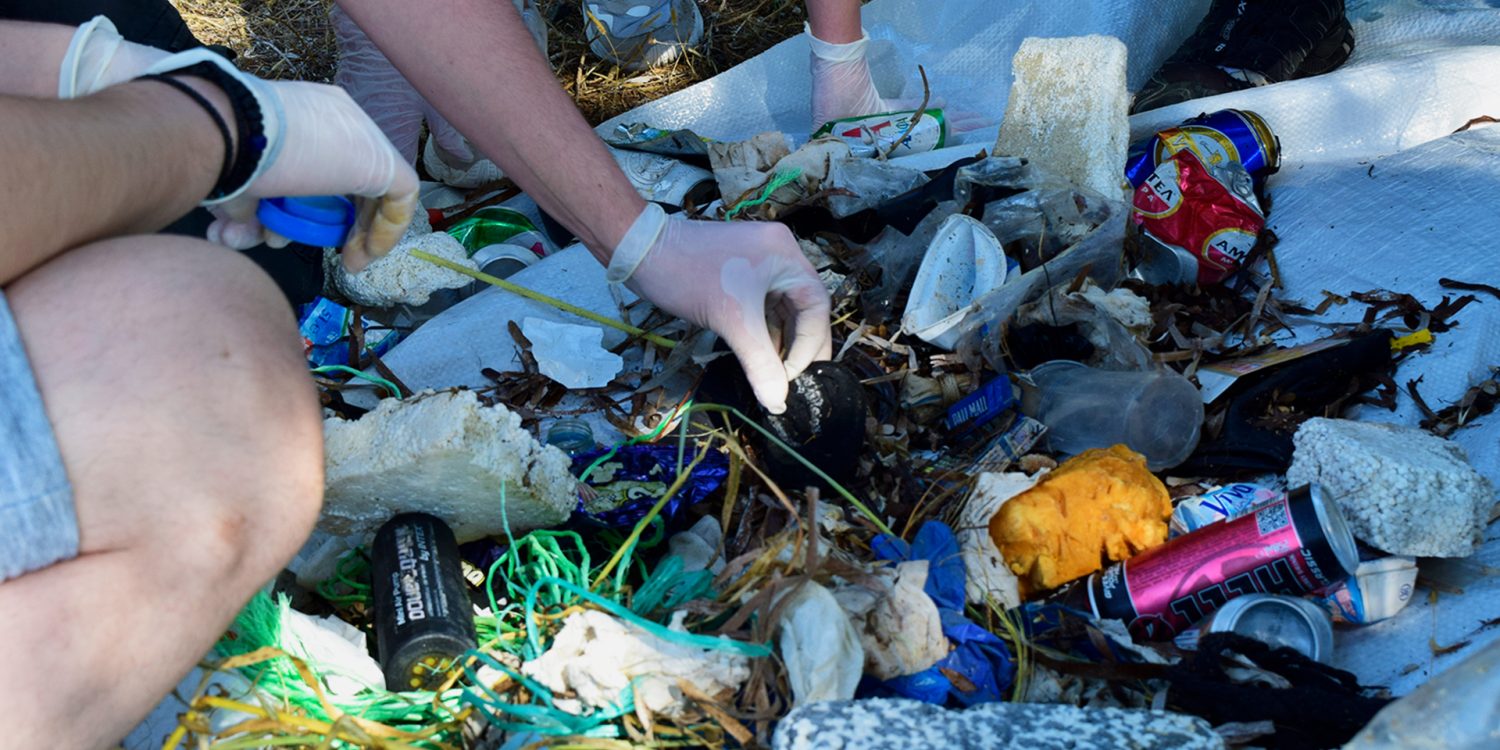 On Tuesday 16/06/2020, we performed the second test deployment of the two circular targets. The mesh target was deployed in the same manner as the previous date, with additional 4 liter buoyant containers attached below the mesh in an effort to slightly raise it from the sea surface. The cage-type target was partially filled with free-floating marine litter, covering about one quarter of the target area, in order to assess whether the debris would uniformly spread along the entire area of the target or concentrate to the side of the target due to wave action. A supporting mesh was attached to the bottom of the target in order to avoid loss of material to the environment. Results suggest that a partial grouping of the materials does occur due to wave action, especially during wind gusts, however most of the debris was uniformly distributed on the target area, although towards the downwind side of the target. The testing was performed during Sentinel 2 acquisition in order to assess the visibility of the new targets and obtain spectral measurements. In addition, UAV optical images were acquired using a DJI Phantom Pro V2, mainly for visualization purposes. Conditions were optimal with a light breeze of about 3 Beaufort and low waves. 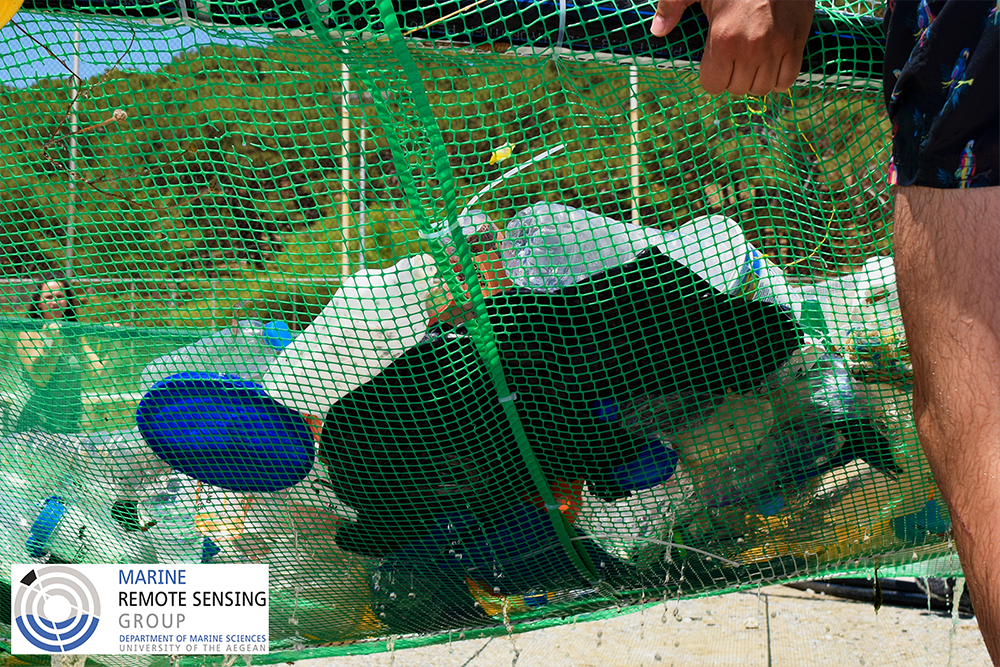 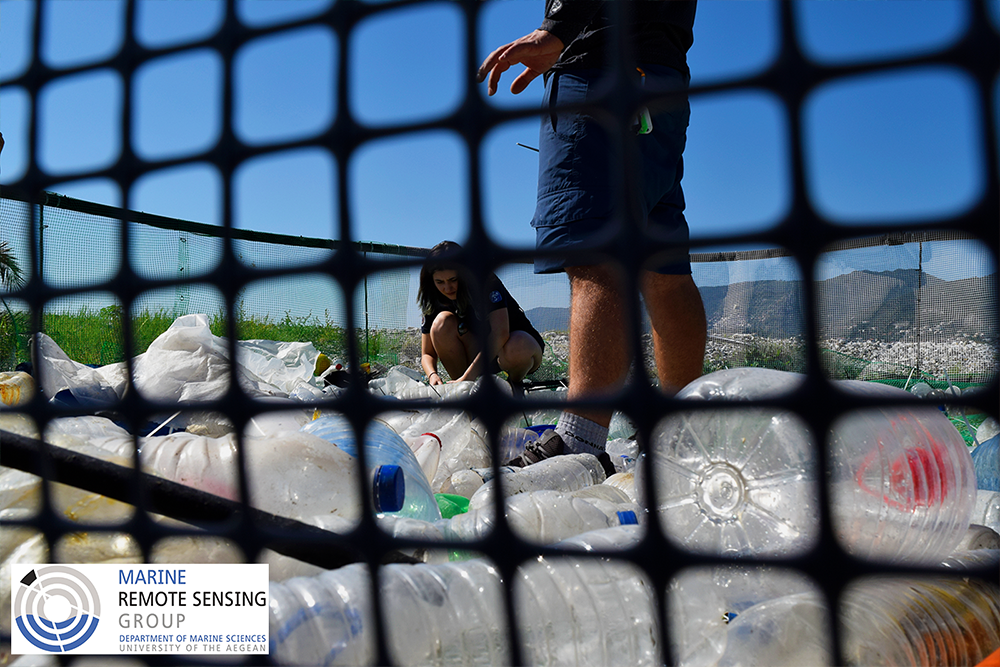 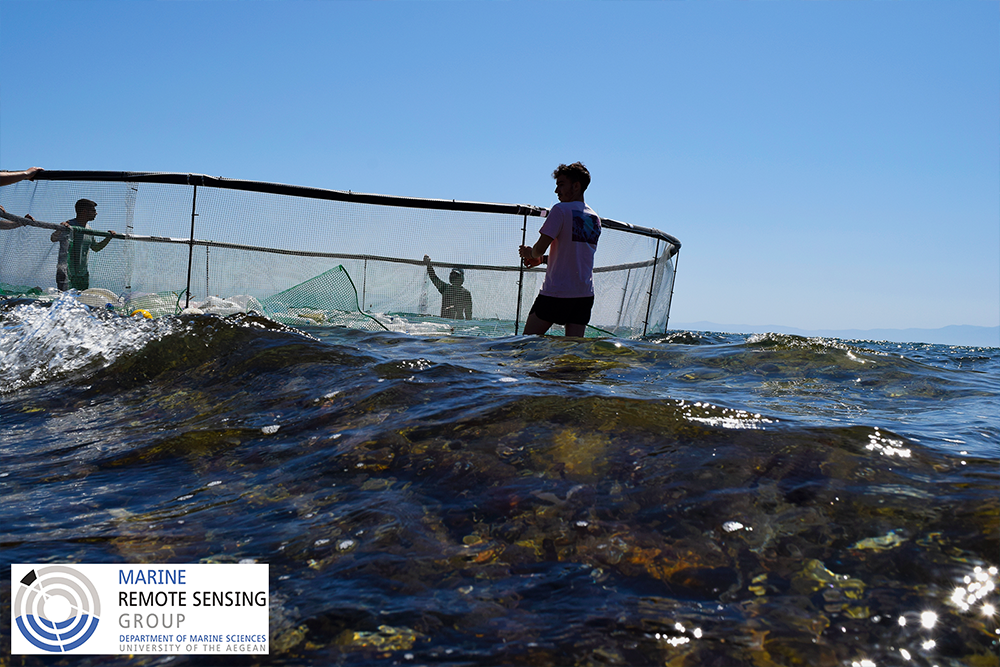 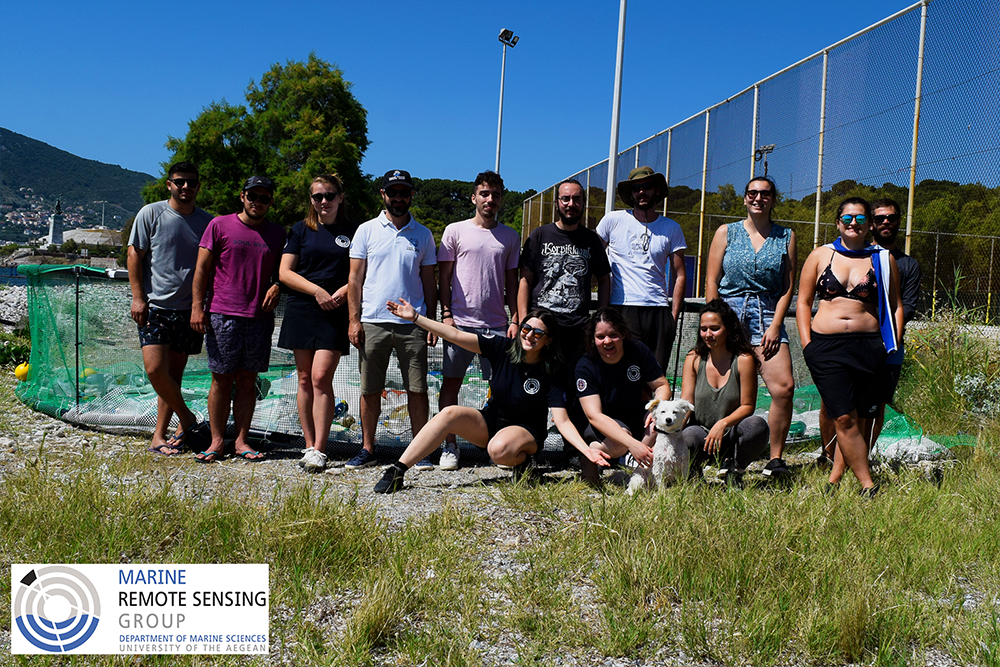 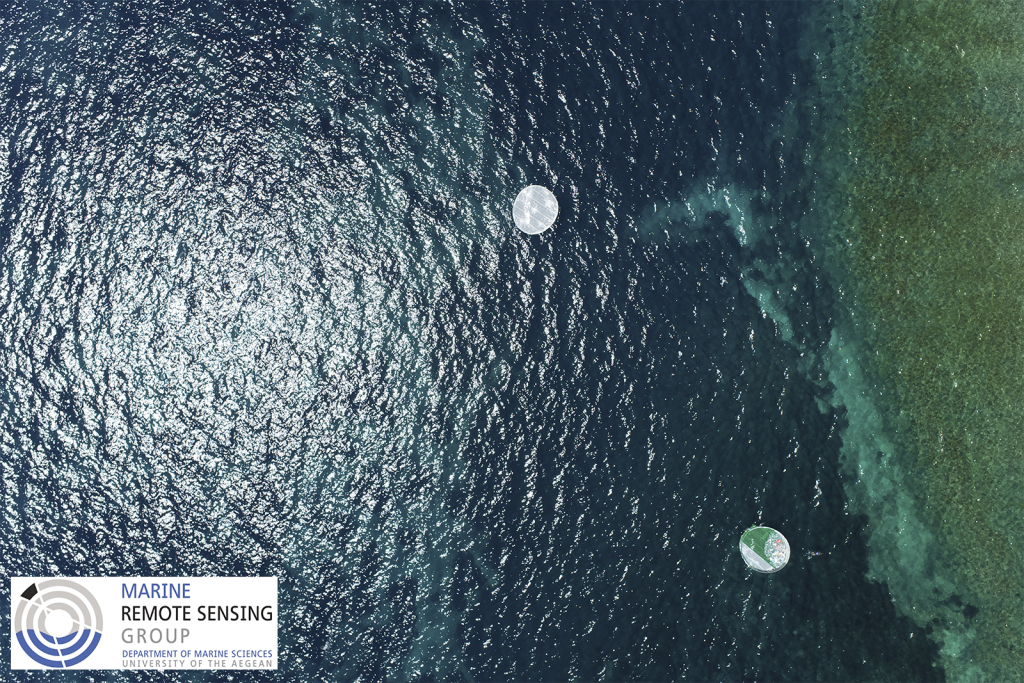 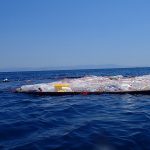 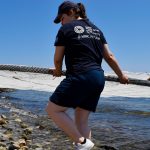