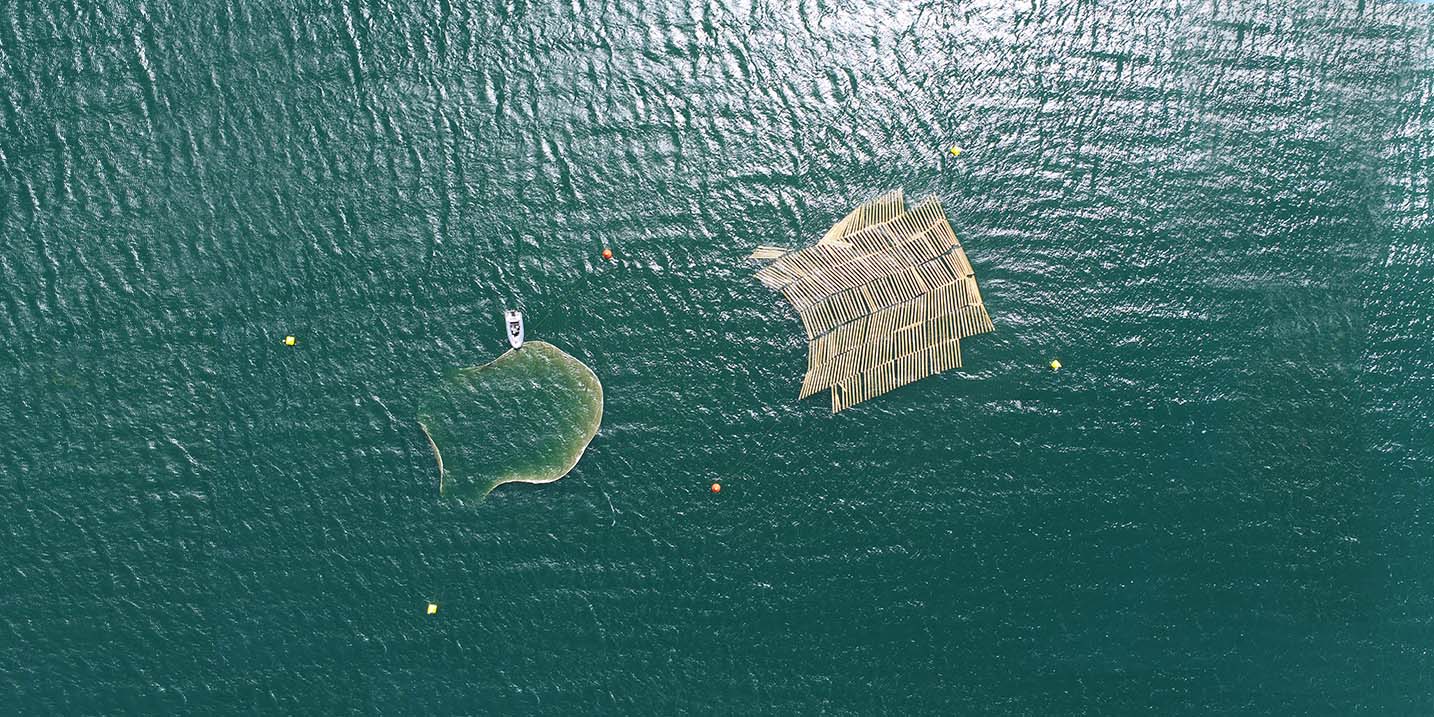 Friday 20/08/2021 was the 13th data acquisition for PLP2021. The 4L containers used to raise the mesh were previously removed in order to accelerate and expand the biofouling coverage to the whole extent of the target. However, due to harsh weather after removal of the containers and the extra weight on the mesh due to the biofouling accumulation, the mesh had sunk to a depth at which it was not possible for the Sentinel 2 satellite to detect the target. Hence, only the wooden target was detectable through the Sentinel 2 data. The high winds blowing in the area during the previous day also resulted in some damage to the wooden target. RGB imagery was acquired using a DJI Phantom 4 pro RTK drone. No hyperspectral measurements were collected. Empirical measurements using a Secchi disk revealed higher than usual turbidity, most likely due to harsh weather the previous days. 4L containers will be reattached to the HDPE mesh and the pipe hoop in order to raise the mesh back to a suitable position. 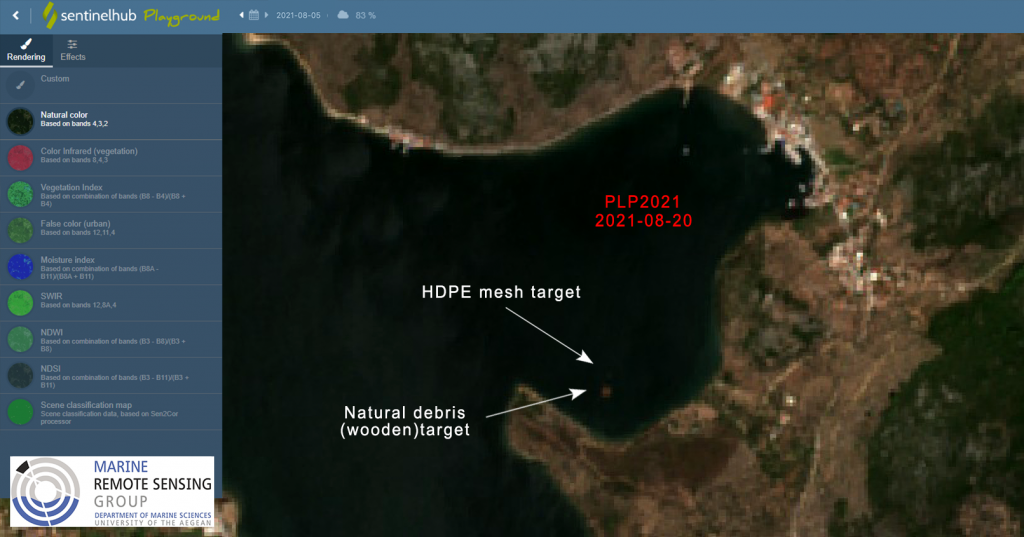 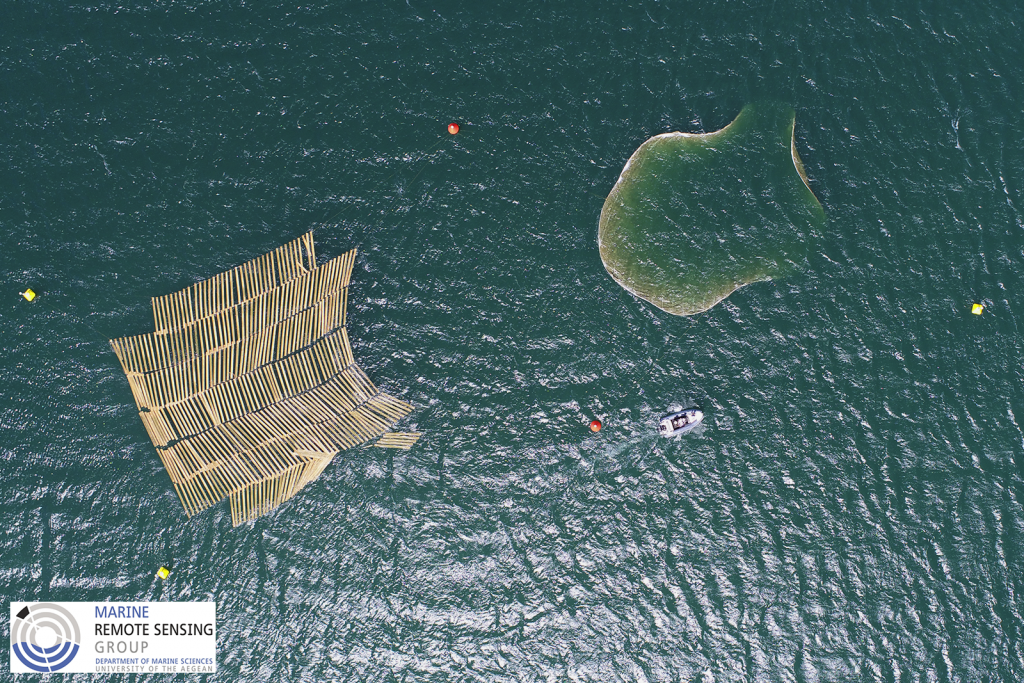 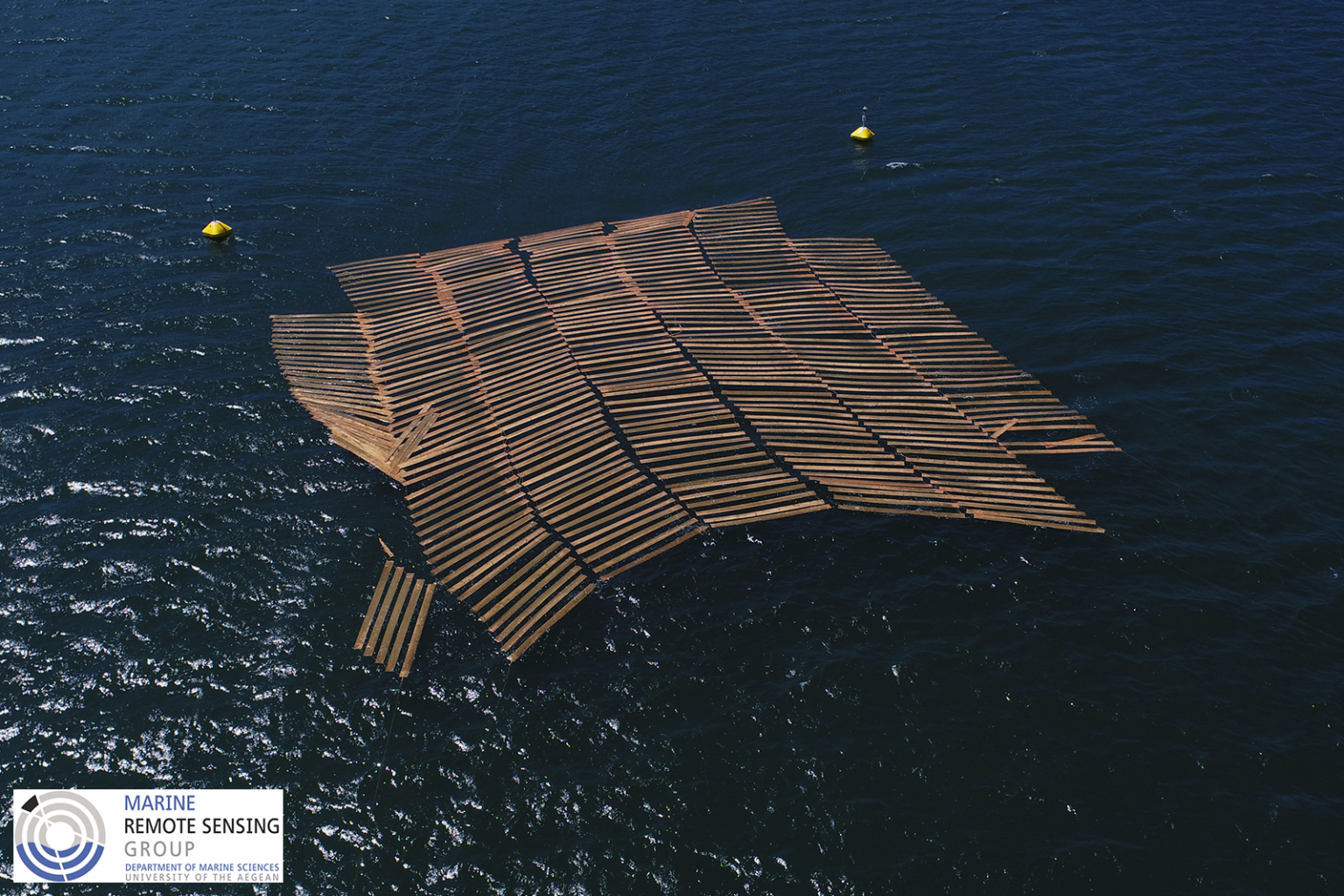 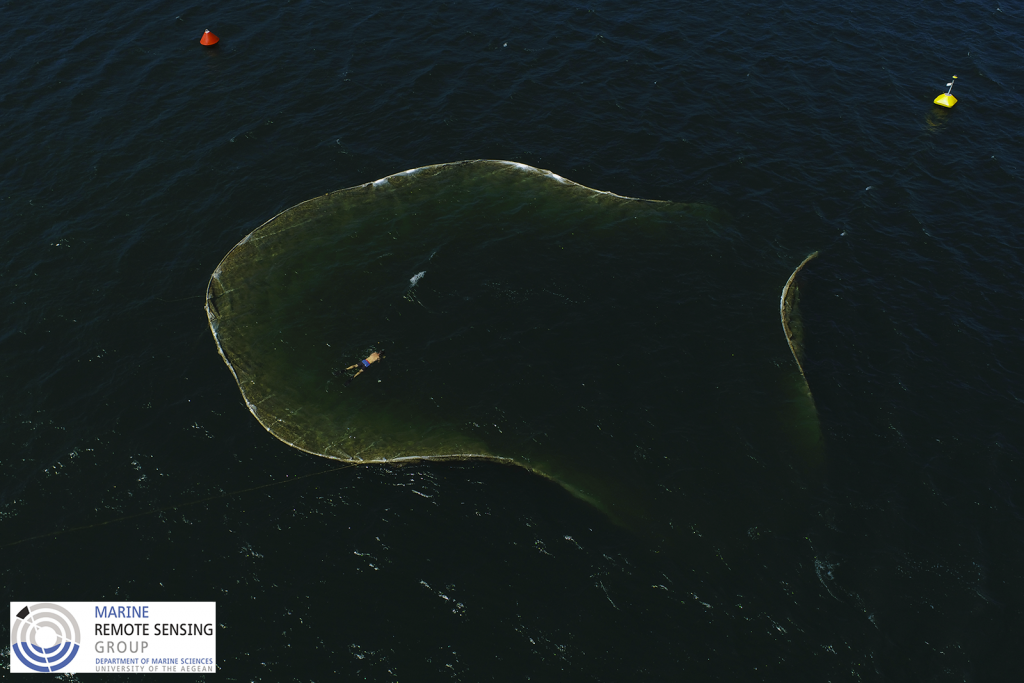 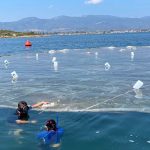 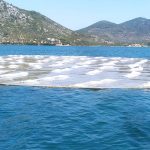