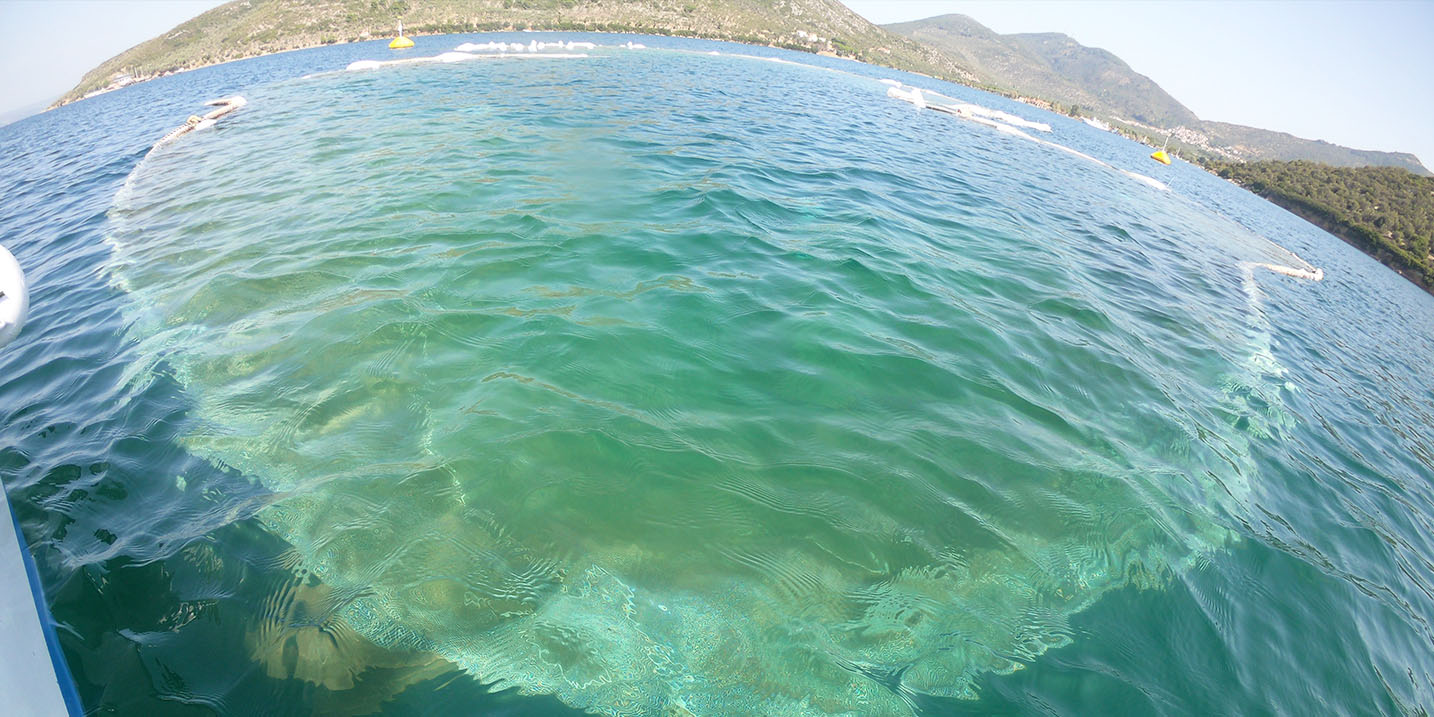 The 19th data acquisition for PLP2021 took place on Sunday 19/09/2021. Data acquisition included Sentinel 2 multispectral data of the HDPE mesh and wooden plank mixed target, along with very high resolution images from a DJI Phantom 4 pro RTK drone. Wind speed and direction, light intensity and empirical measurement of turbidity using a Secchi disk were also measured. More than 50% of the target area, mostly in the central part of the target, is now submerged under the water surface due to the weight of the waterlogged planks and the substantial biofouling growth on both the planks and the mesh. The wooden planks will be subsequently removed from the target in an effort to raise the mesh back to the surface for two more acquisitions before target removal at the end of the month. Conditions were generally calm, with winds at approximately 2 Beaufort and small wavelets. The sky was partially clouded but clear over the target area during the Sentinel 2 overpass. 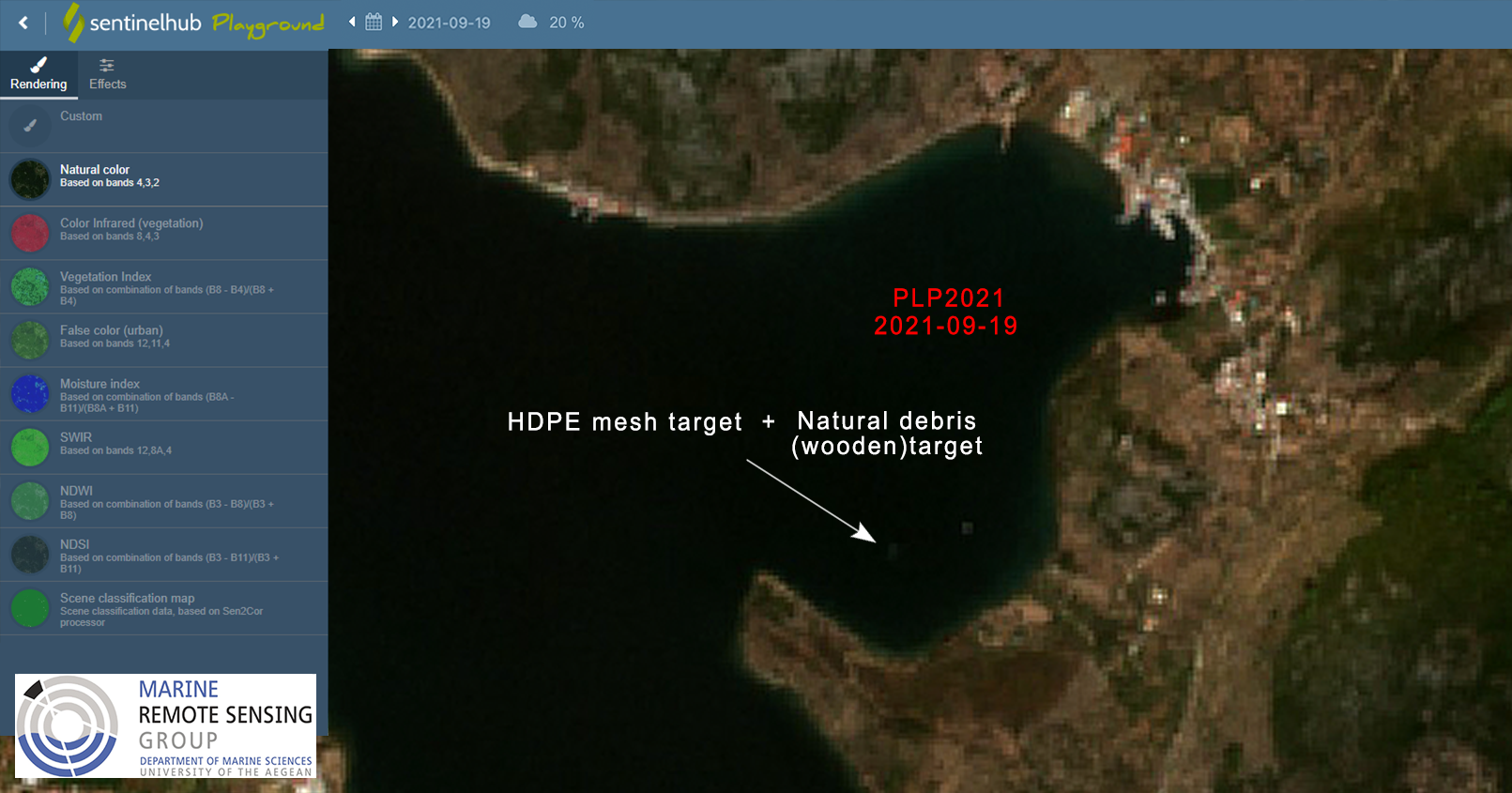 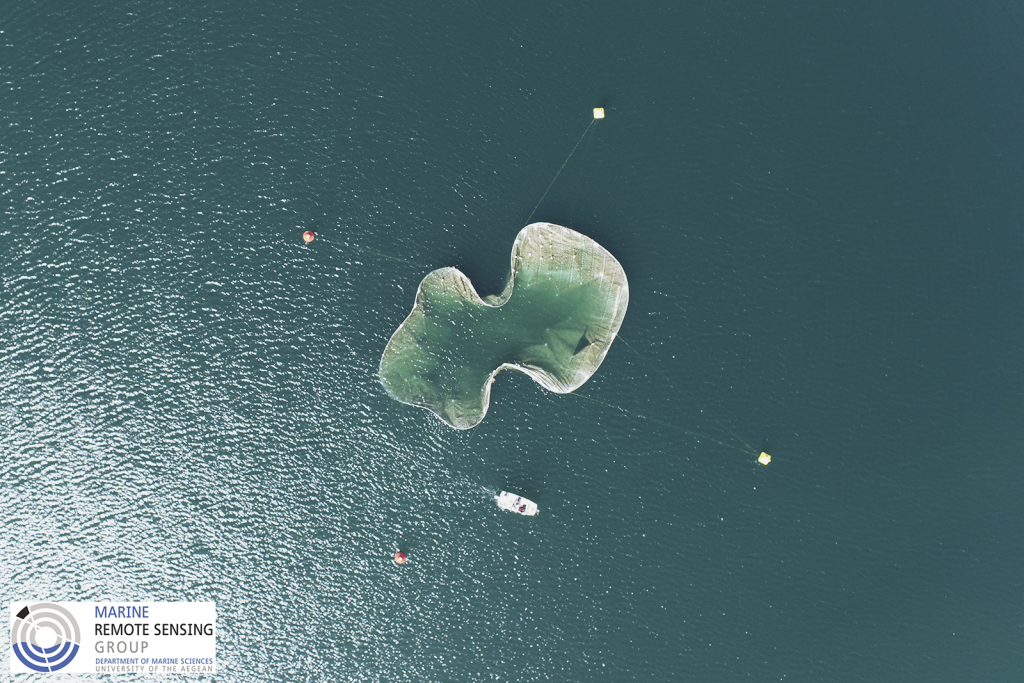 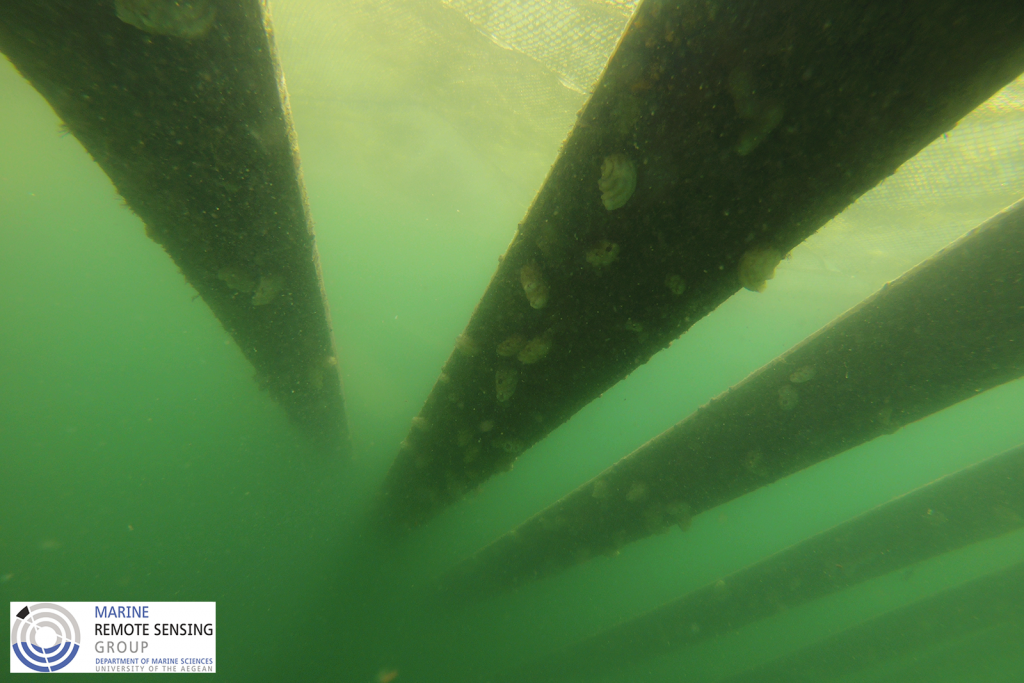 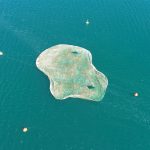 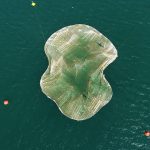