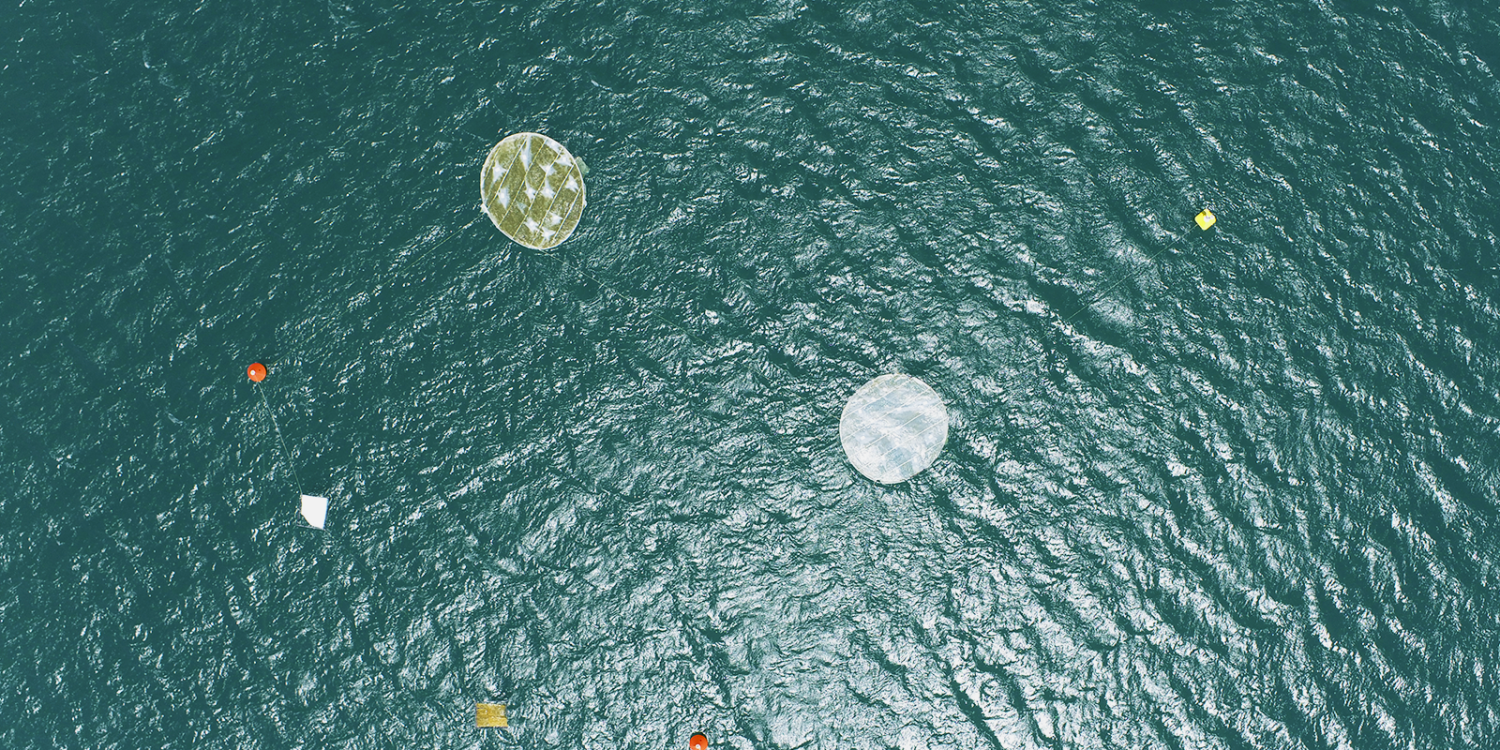 Thursday 21st of July was the 8th data acquisition for PLP2022. Sentinel-2 data of the targets were acquired, along with ancillary data measurements including wind speed and direction, sea surface temperature, incident light intensity and turbidity using a Secchi disk. UAS RGB images were also acquired, multispectral and thermal data were not acquired due to high winds. Water samples were collected for chlorophyl concentration assessment for the Aquasafe project. One of the ropes (windward) tethered to the biofouled 7 m target was cut at the attachment point on the buoy (due to friction with hard growth on the bottom of the buoy). Cleaning of one of the 7 m diameter targets was performed to remove the biofouling accumulations, however a cleaning on the underside of the mesh needs to be performed due to intense growth. Due to time mismanagement, the boat was tethered to the yellow buoy closest to the non-biofouled target and a person was on top of the target performing cleaning during the Sentinel-2 overpass. Hence, the signal of the target-adjacent pixels has been affected by the presence of the boat and the signal of the target possibly affected by the person on the target. A few of the zip-ties were missing from the HDPE tarp target and will have to be replaced before the next acquisition. Conditions were windy with clear skies. 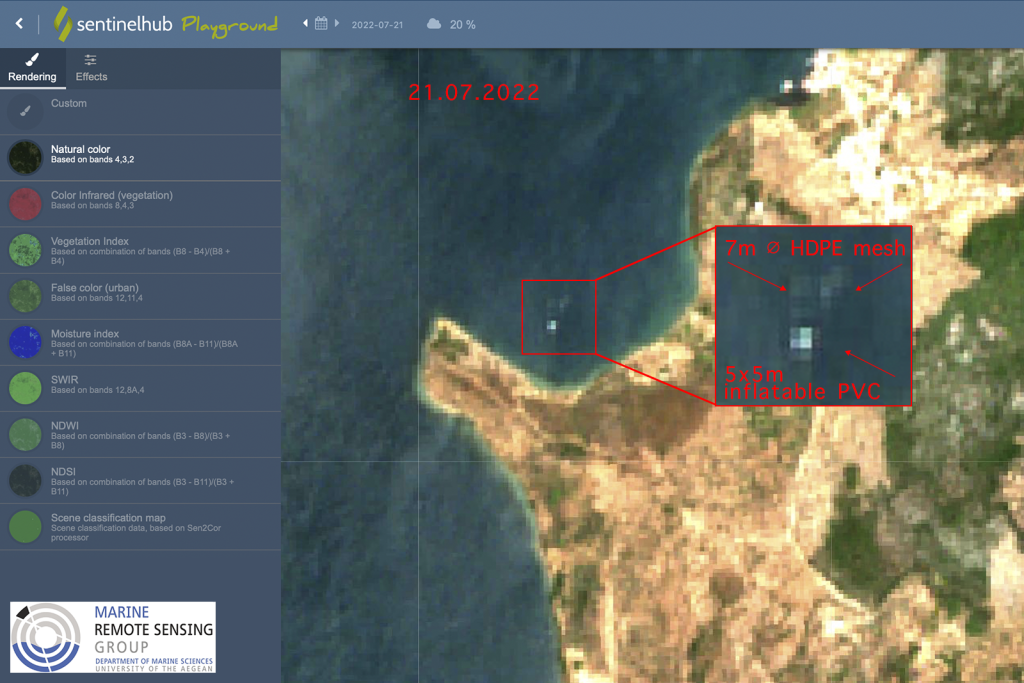 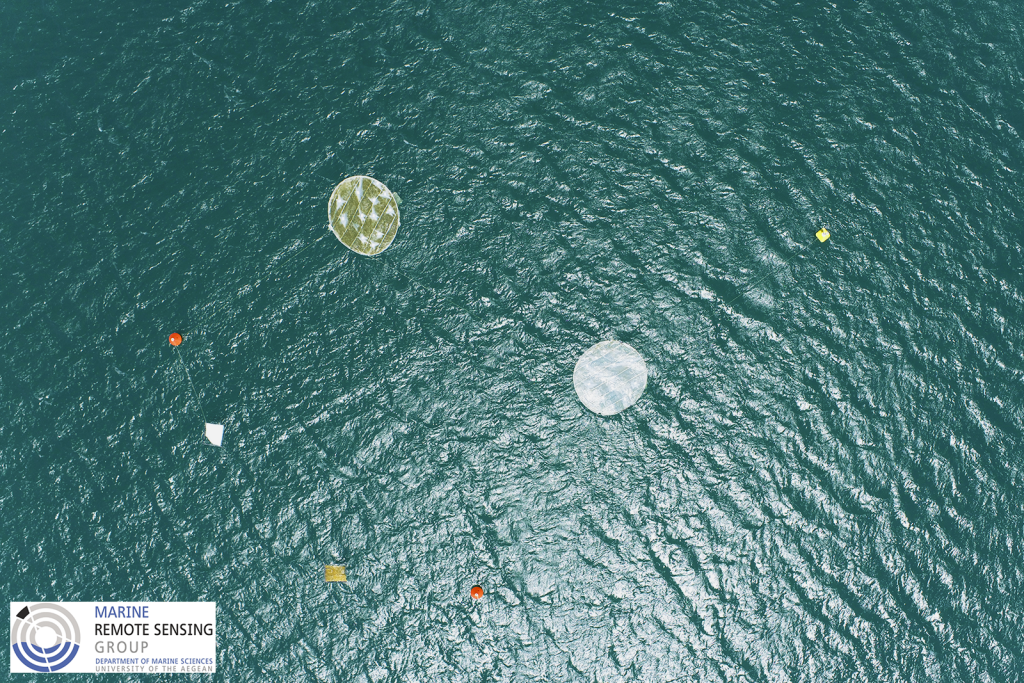 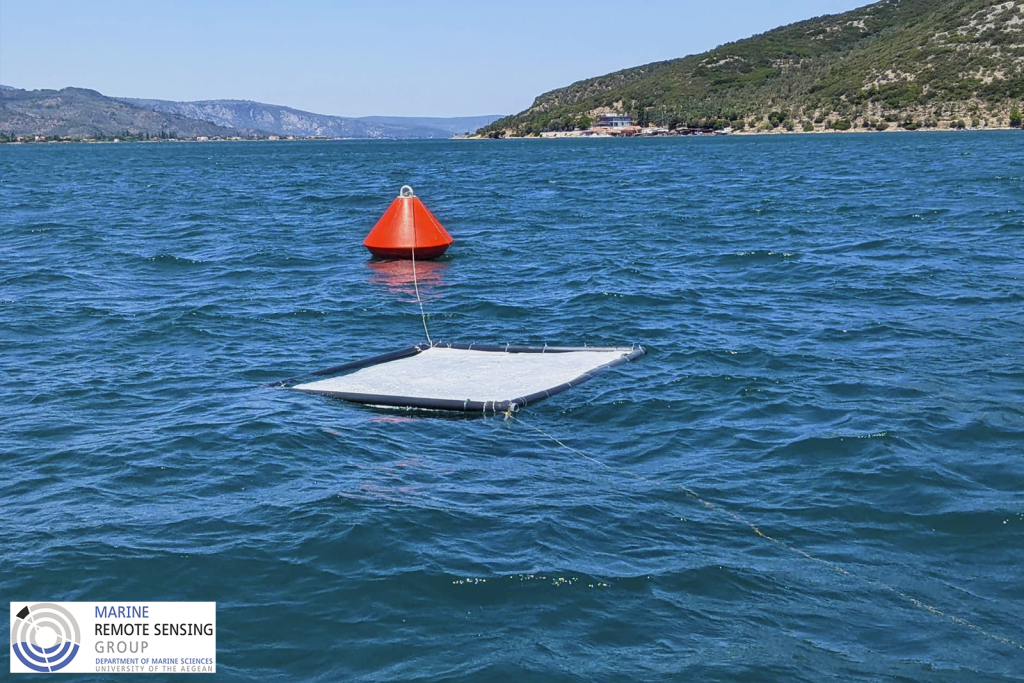 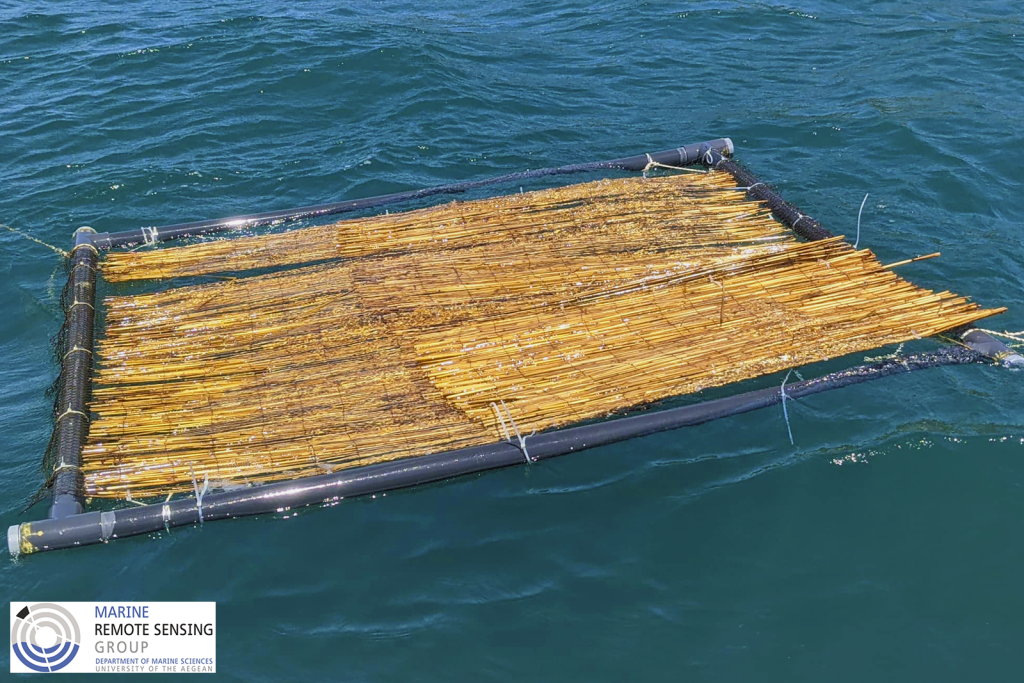 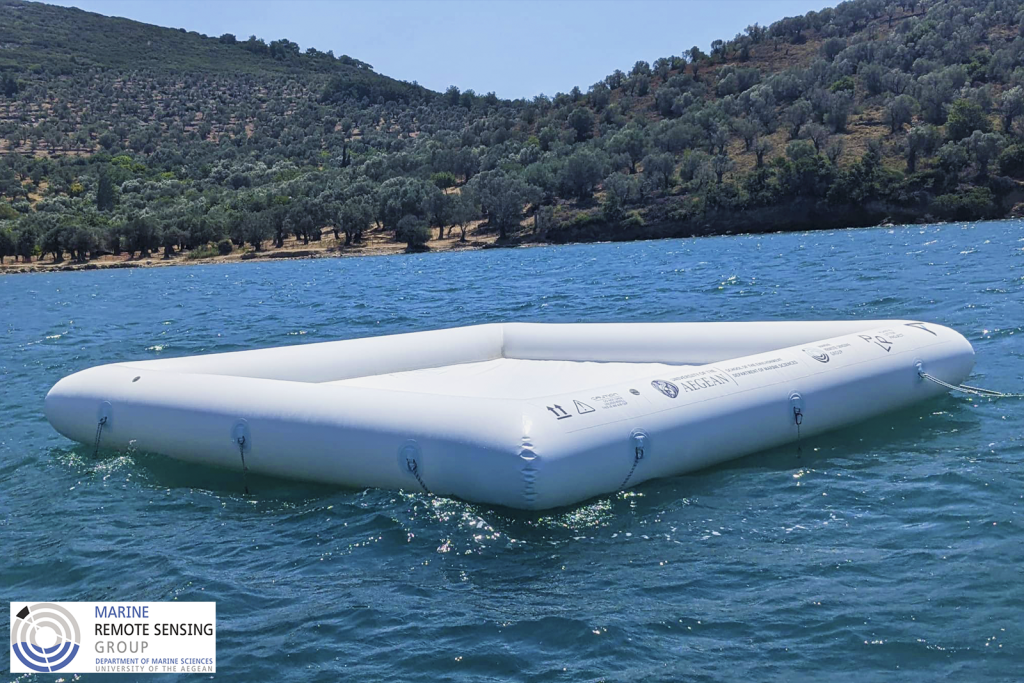 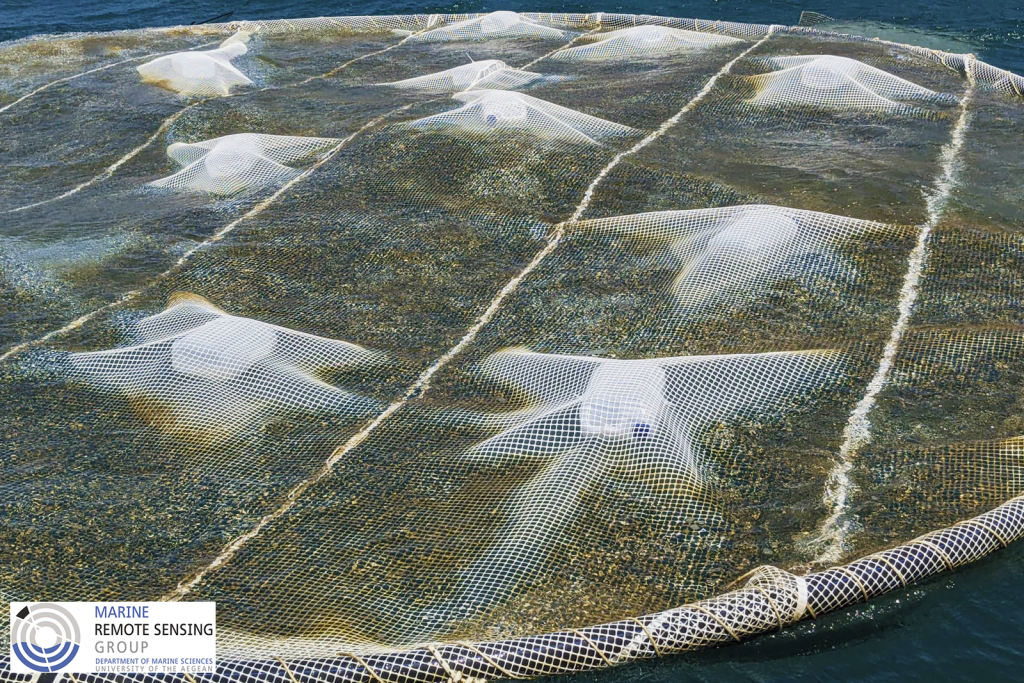 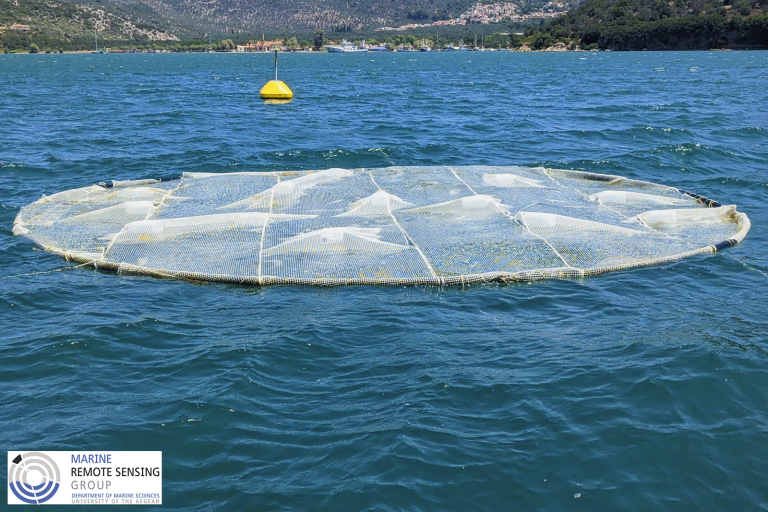 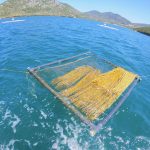 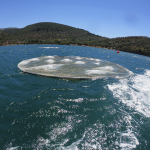