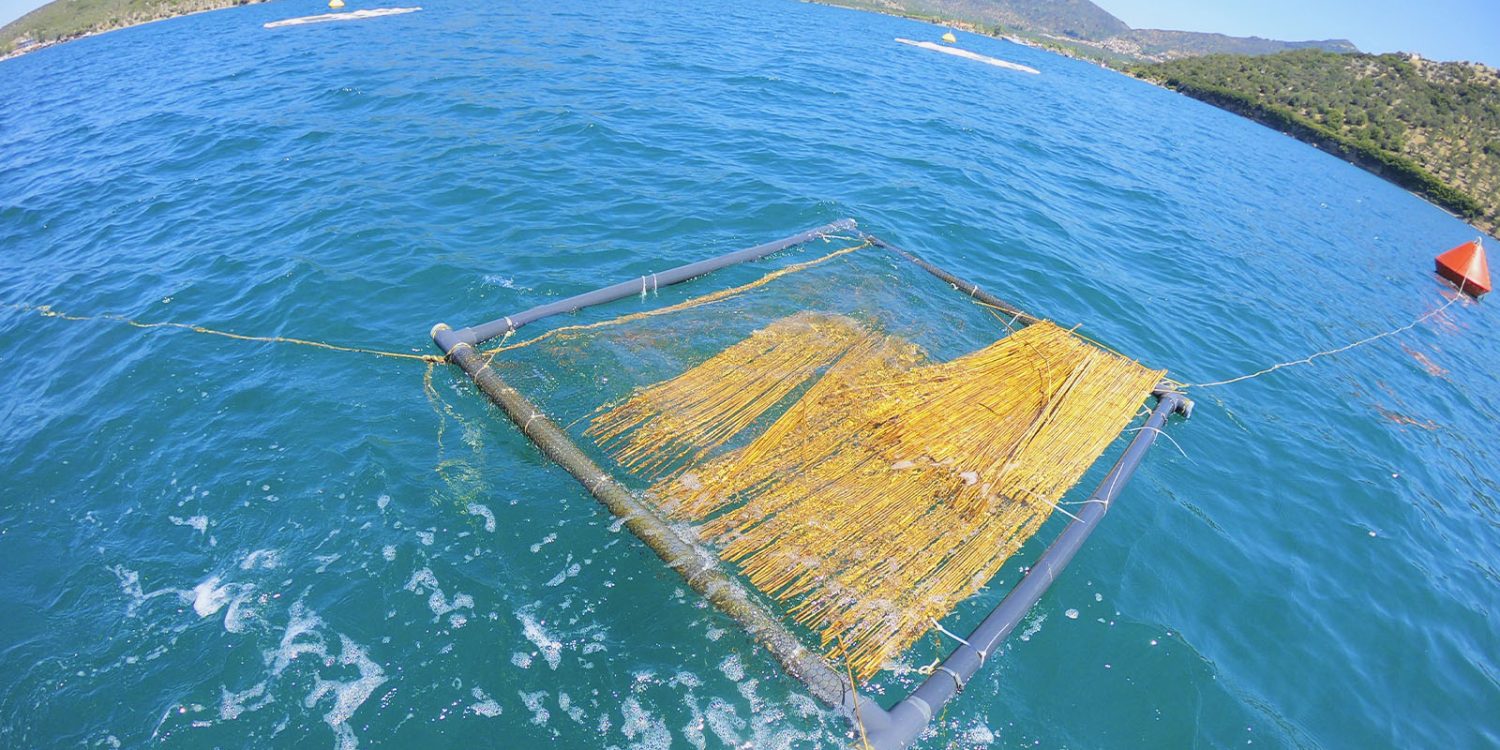 The 9th data acquisition for PLP2022 took place on Tuesday 26th of July. Sentinel-2 data of the targets were acquired, along with ancillary data measurements including wind speed and direction, sea surface temperature, incident light intensity and turbidity using a Secchi disk. UAS RGB, multispectral and thermal images were also acquired. Water samples were collected for chlorophyl concentration assessment for the Aquasafe project. The zip-ties on the 3 m2 HDPE tarp target were replaced, however most reeds were missing from the reeds target with about 60% of its effective area remaining. Cleaning of one of the 7 m diameter targets was performed to remove the biofouling accumulations. One of the ropes tethered to the stabilization weights of the 5×5 m inflatable PVC target was cut at the contact point with the weight. The weight has sunk to the bottom and needs to be replaced. Conditions were slightly windy with clear skies. 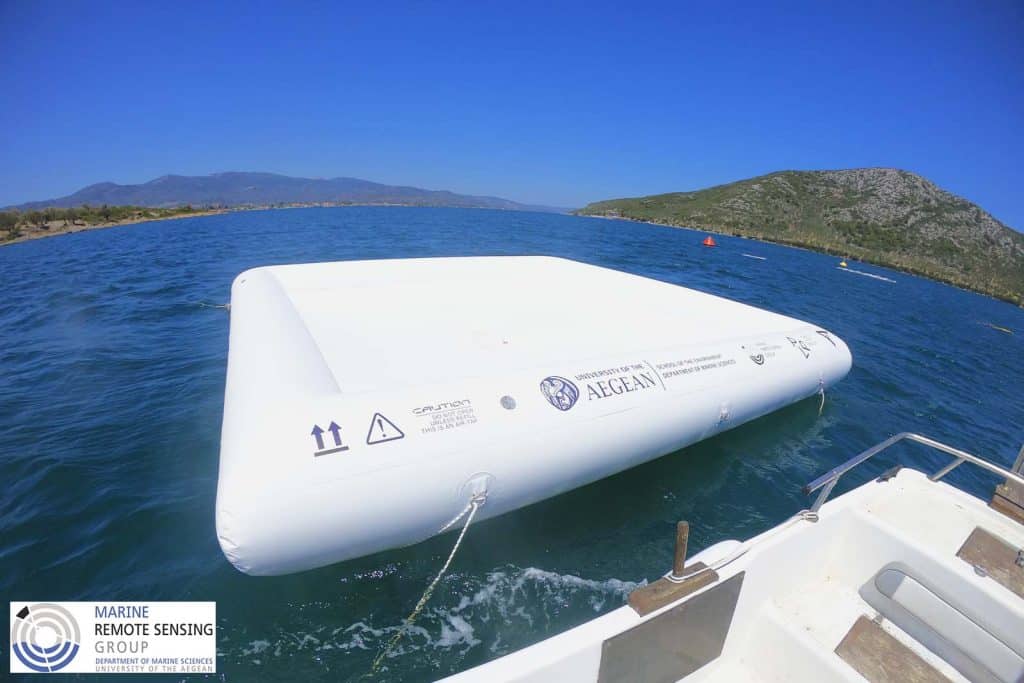 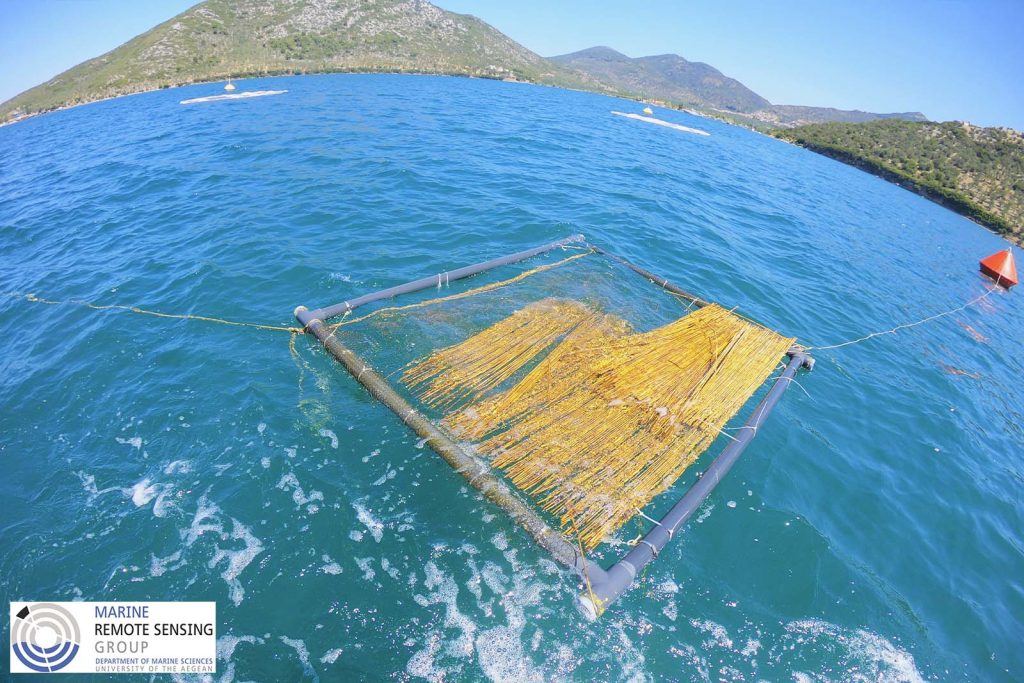 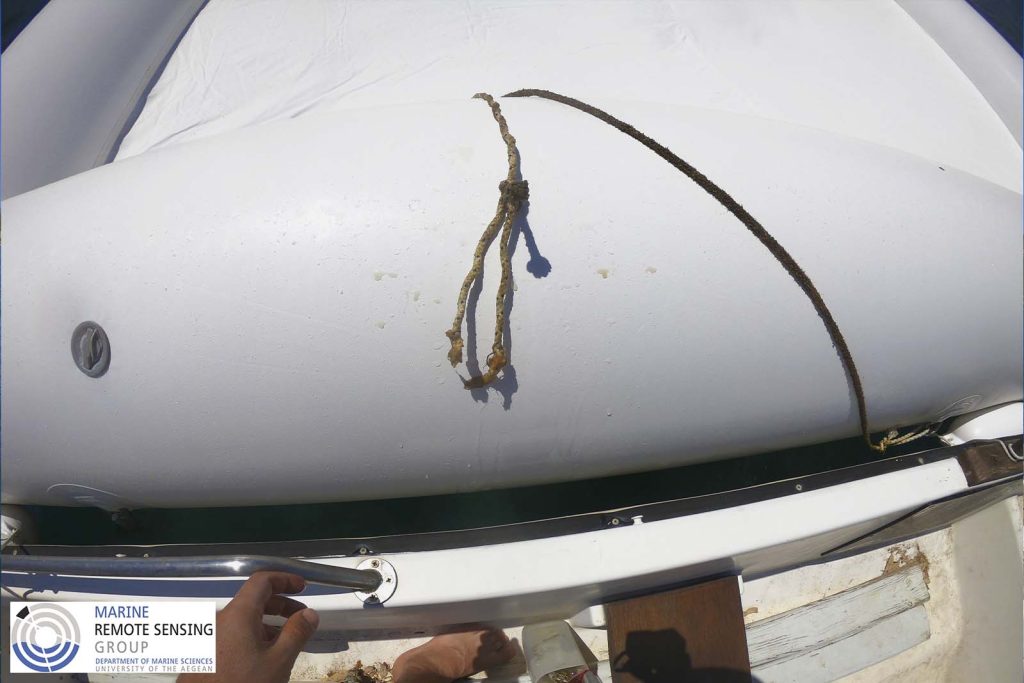 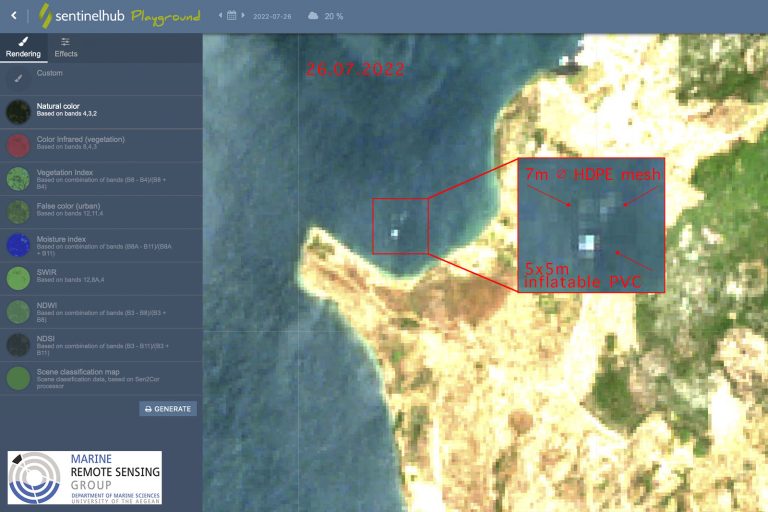 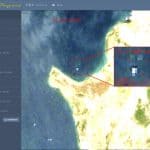 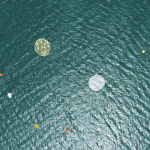