On Thursday 17/06/2021 we deployed the wooden 28 m target in the Gulf of Gera. A group of 3 MRSG team members, one Department of Marine Sciences student volunteer and a professional diver worked for the deployment of the target. All 38 target pieces (each made up of nine 4-meter planks) were gradually transferred to the deployment site in groups of two or three pieces for each trip, using an inflatable dinghy. A team of two people tied the groups of planks together to assemble the whole of the target. The target was tethered to the buoys from 8 reinforced points, next to the HDPE mesh target. The distance between the two targets is more than 20 meters, in order to avoid pixel contamination. Conditions were good with low winds and weak currents. The deployment operation took approximately 4.5 hours. The first acquisition of Sentinel 2 data of the natural debris target is expected to be on Monday 21/06/2021. The acquisition of a “natural” debris spectral signature will aid in the further assessment of the possibility to discriminate between anthropogenic and natural floating debris concentrations. 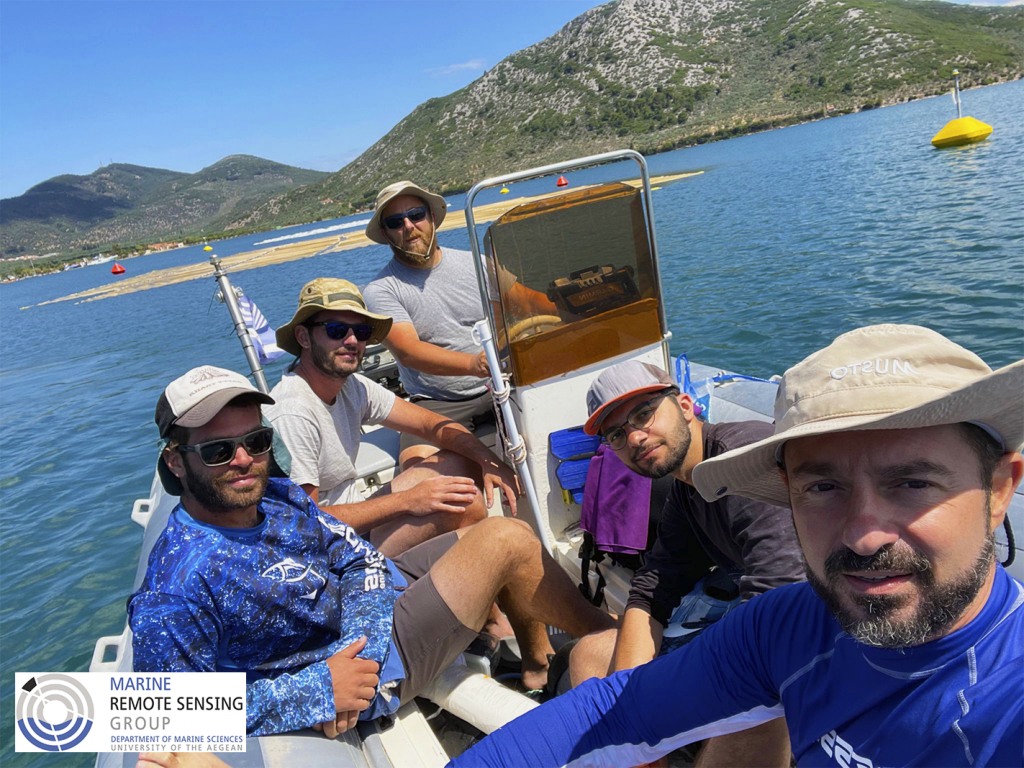 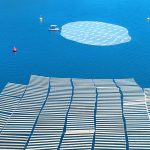 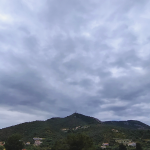